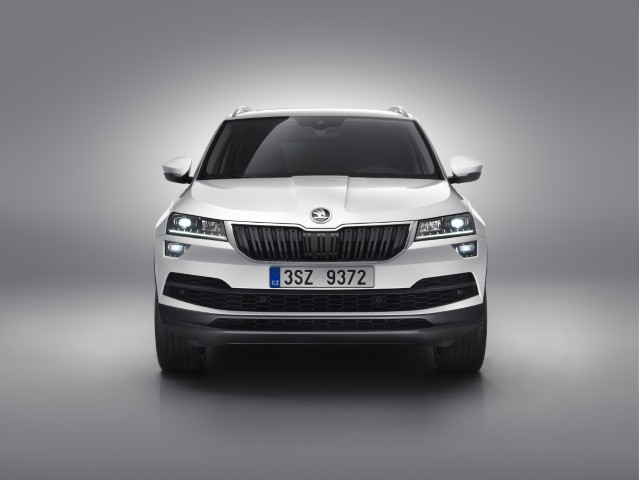 Scheduled to go on sale in certain markets from the second half of 2017 onwards, the Skoda Karoq is a part of the company’s 2025 Strategy. Under which, the VW-owned Czech car company will expand its SUV base. And with the sub-Kodiaq Karoq, the superb Yeti is replaced by something that’s more saleable to to the customer who doesn’t want unconventional styling. It can’t be all that negative, surely?

Of course, it isn’t. While the fact that the Yeti — which wasn’t just unique but worked equally well, too — is replaced by this makes us sad beyond words, the Karoq is likely to widen Skoda’s reach. The styling is a mix of Kodiaq-aping cues and a design approach that’s clearly more VW than Skoda. The bulbous styling does add to its presence, but differentiating one from the larger Kodiaq will be quite a task.

The 4.3-metre-long SUV will be offered with five engines globally — two of which will be turbocharged petrol units and three diesels, with power ranging from 114 bhp to 188 bhp. Dual-clutch DSG transmission choices will be optional, and while the car is front-wheel drive in standard form, there will be AWD available on certain variants. There will also be an optional Drive Mode Select for the 4×4 version.

MQB means there is a fair bit of part sharing, and prices will thus be kept in check. Also aiding the practicality bit is a 521-litre boot, which can be expanded to 1,810 litres. The strictly five-seater’s VarioFlex seating system means seat can be folded and even removed.

Staying abreast with the times, the Karoq will offer a range of driver aids, and a customisable instrument panel will also be available. LED head- and tail lamps, LED ambience lighting inside, Apple CarPlay/Android Auto-ready touchscreen infotainment system(s) will come with optional Wi-Fi hotspot and even LTE module for better mobile Internet connectivity. There will also be a virtual pedal for hands-free opening of the boot, a 69 mm kneeroom, and even wireless charging for smartphones.

All of which together sounds like a good package as a compact SUV. The million Koruna (Czech currency, in case you are wondering) still remains if all that is good enough to let go of the eccentricity of the Yeti.