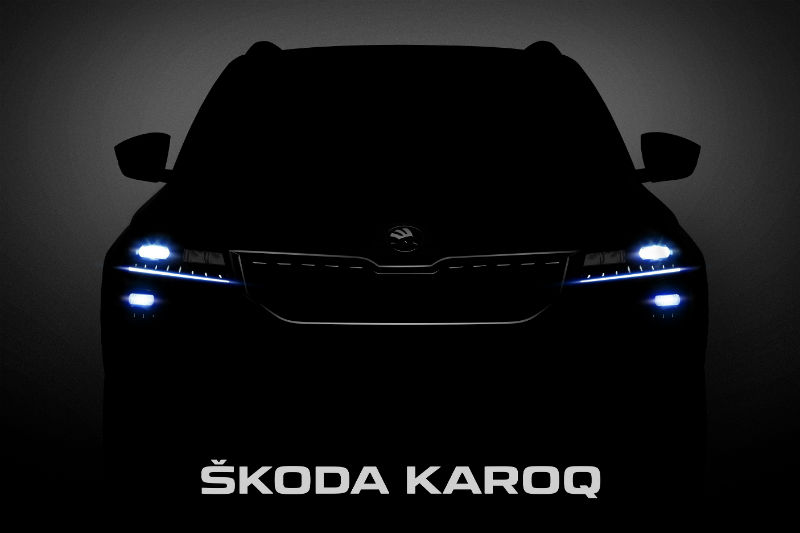 Skoda has released a few pictures of the upcoming Karoq crossover SUV ahead of its global unveil this month. It will replace the Yeti, and will thus be positioned below the Kodiaq in the company’s global line-up. The company also mentions that it will focus on expanding the SUV line-up in the future.

While it derives its name from the Alaskan tribe, the Karoq is a cultural amalgamation. The headlamp design for instance are said to be inspired by the designs of Bohemian glass art. The full-LED headlamps (optional) are complemented by the standard LED tail lamps.

On the inside, there’s LED ambient lighting, a large screen sitting in the middle of the centre console. The dashboard is divided into a tall upper and narrow lower section, while a similar treatment is given to the door trims as well.

As can be seen in the pictures, there will be a digital instrument panel, multiple driving modes (including a special off-road mode), electronic parking brake, and DSG-equipped AWD version. More details will be out when the car is launched on May 18, 2017, in Stockholm.