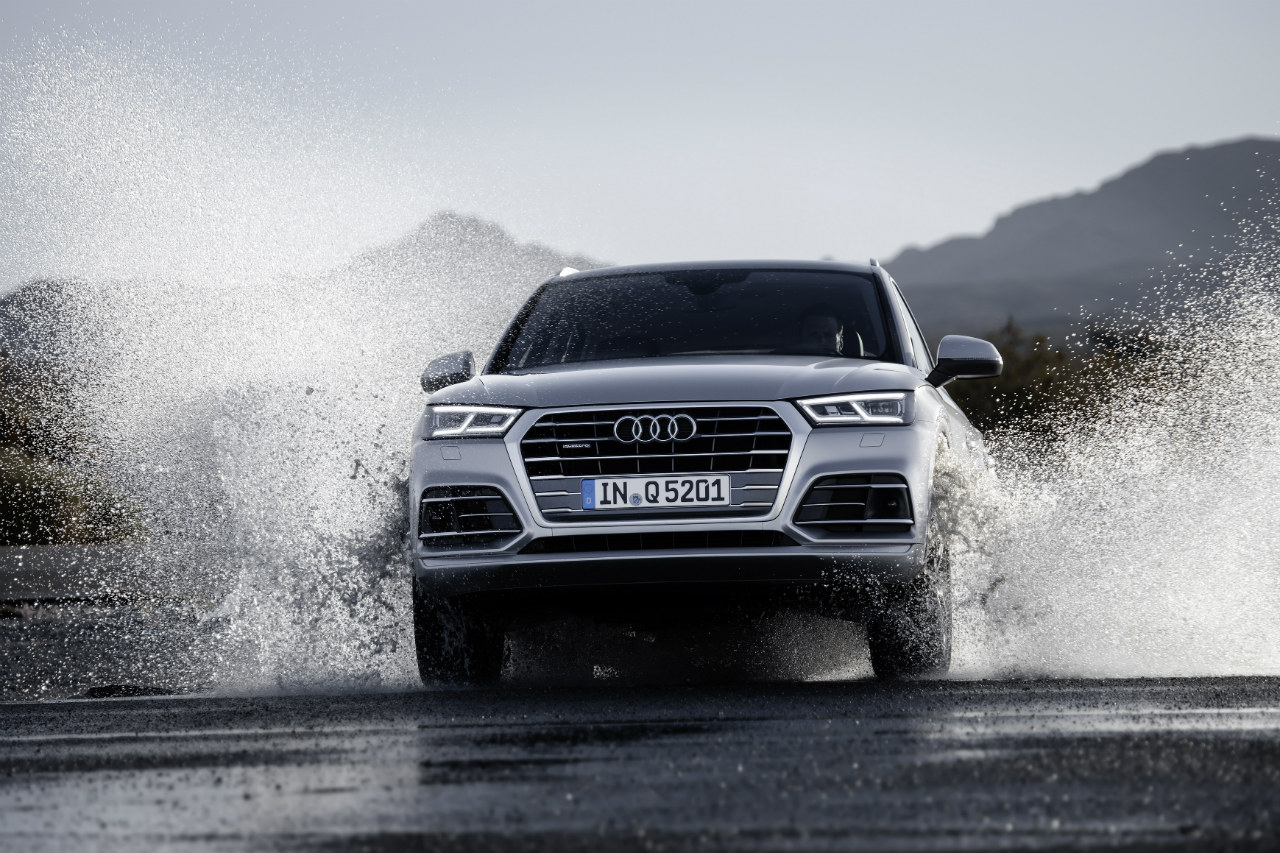 While #Qriosity might have killed the cat, it has certainly worked wonders for Audi — the teasers gave a glimpse and now the covers are off! Unveiled at the 2016 Paris Motor Show, the all-new, second-generation Q5 looks good, has a rather long list of updates, and will come in 14 different colours.

Based on Volkswagen’s MLB platform, the second-generation Q5 is lighter by 90 kilos in comparison to the first model. The front-end styling resembles that of the larger Q7, with an imposing ‘Singleframe’ grille flanked by optional Matrix LED headlamps and dynamic turn signals. Talking of which, they are present at the rear, too.

It’s also larger than before, which means more room inside. There’s also the now staple virtual cockpit, while an 8.3-inch MMI touchscreen display sits in the centre console.

Engine options include four TDI (2-litre and 3-litre ones in different states of tune) and a 2-litre TFSI. FWD is standard for base versions (not coming to India) while there’s quattro AWD system available for the rest. Gearbox choices include six-speed manual, seven-speed S-Tronic (dual-clutch) and eight-speed Tiptronic units.

It will go on sale next year, and the company mentions the base price for a mid-range version (2-litre TDI) will be €45,100.