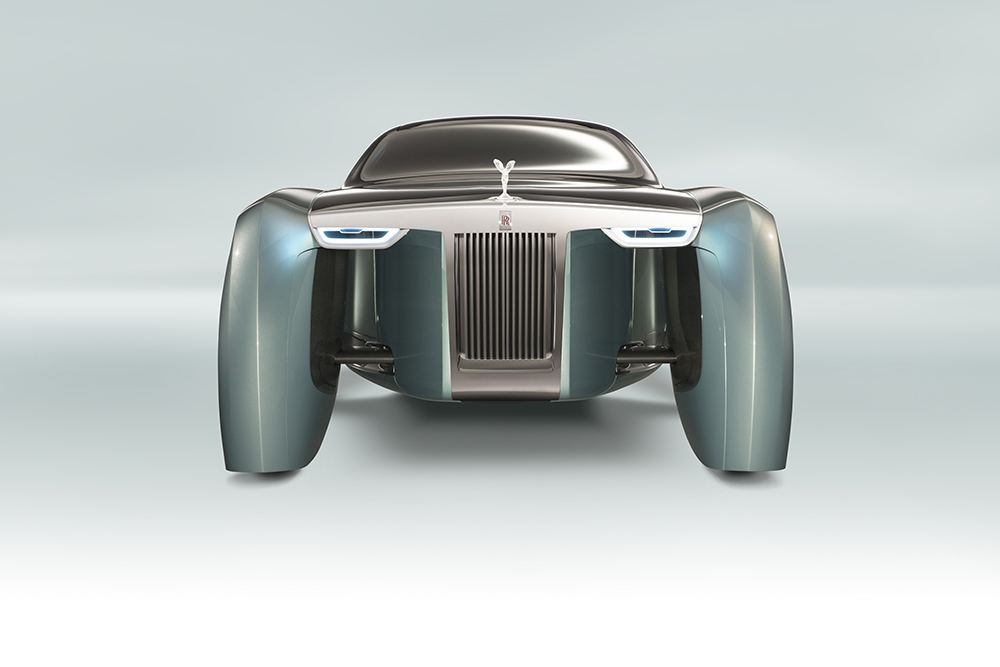 A hundred years is a long time, when it comes to automobile evolution. A hundred years back, the Ford Model T was still outselling anything else on road. Remember how flying cars have always been predicted to be 30 years away? But they never came? Chrysler had once dreamed a future with cars powered by gas turbines. On the other hand, features like giant touchscreens, air suspensions which are aided by radar systems and ten-speed automatic transmission might have sounded equally exotic, a few decades back. In other words, predicting accurately what automobiles will look like and be like hundred years from now, is next to impossible.

BMW Group’s VISION NEXT 100 series of concepts are not trying to envision the future. But they are trying to show the directions which the company is taking for their future cars. While the VISION NEXT 100 concept for the BMW brand was shown sometime back, the company has now revealed two new concepts, one for Rolls Royce and the other for MINI.

BMW’s vision for Rolls Royce future is very interesting. The concept is outlandish, yes. Agreed. But it shows what they are working towards. BMW believes that the Rolls Royce of the future will have no internal combustion engines, and the it will powered by a zero-emissions powertrain, preferably an all-electric one.  Next, they dont think Rolls Royces of the future would need to be driven around, because they expect them to be fully autonomous. With the driving duties taken over by the computer, the next level in the future of luxury is to be able to create an artificial but highly intelligent personal assistant for every car. This system, named as a “Eleanor”, after Eleanor Thornton – the model on whom the Spirit Of Ecstasy is based on – will able to understand the owners preferences, destinations and wishes and will tailor all journeys accordingly.

BMW also believes that progress in material technology will allow future customers to allow them to customize their Rolls Royce’s design lines and proportions too. The interiors of the VISION NEXT 100, on the other hand, is  demure, compared to the exterior. Two occupants sit on a sofa made of silk with silk carpets on the floor facing a giant screen up front surrounded with wood. With car driving itself, the steering, front seats and instrument consoles has been dispensed with. Instead there is just a clock in the middle of the wide expanse of wood. All other information, if required, can be digitally displayed.

There is question mark on whether catamaran-shaped bodies, like this, will come in vogue in the near future. But if you fill up the gaps on the side, front and rear, it looks much more conventional. Infact, it might be an indication of what the next Phantom might look like.