First introduced in 1925, the Rolls Royce Phantom is quite the epitome of luxury and well-crafted motoring. With the eighth generation model that makes its way to the Indian market, the company takes the Rolls Royce DNA to a whole new level.

First things first, the new Rolls Royce Phantom is priced at Rs 9.5 crore onwards while the Extended Wheelbase model is priced at Rs 11.35 crores, ex-showroom. But being a Rolls Royce, it will be offered in plethora of customisation choices and that will soon see the price tag go a bit northwards. But that shouldn’t ideally trouble you because there’s enough to ensure exclusivity and of course top-class motoring.

The new platform in the Phantom — an all-aluminium spaceframe — will also underpin the upcoming models from the British carmaker. In comparison to the previous-generation Phantom’s, this structure is 30 per cent more rigid, too; and it’s lighter, too. The car is powered by a new, twin-turbocharged V12 engine that displaces 6.75 litres, and offers 563 bhp and 91.8 kgm — the latter’s available from 1,700 rpm. The engine comes mated to an 8-speed ZF gearbox, in addition to the Satellite Aided Transmission. 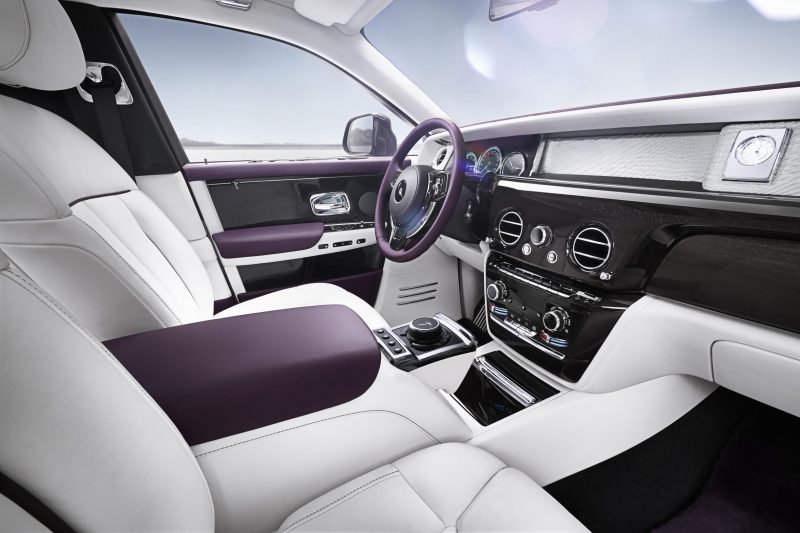 There’s also more than 130 kilos of sound deadening, 6 mm two-layer glazing on the outside, Silent Seal tyres, etc. All of these further Rolls Royce’s effort in making the Phantom ‘the most silent motor car in the world’. The fact that it’s 10 per cent quieter than the Phantom VII at 100 kph is a huge achievement, too.

As if it needed any mention, the Magic Carpet Ride is also present, and the Flagbearer camera setup and auto-levelling suspension promises to make the car even more comfortable. The latest-generation Phantom is also claimed by the company to be the most advanced luxury car available.

It may also be the most luxurious one. It’s not everyday that you see a gallery within a car. The Gallery is Rolls Royce’s reinterpretation of the dashboard. Colour displays, added sense of depth, jewellery, etc. are some of the elements. But true to its past, the car still gets an analogue timepiece in the dashboard. Where The Gallery actually serves a purpose is in displaying art. Actual art in a car.

Like the innumerable options, customers can also specify what art they want in their car now. If that’s not luxury, then the mind wonders, what is…