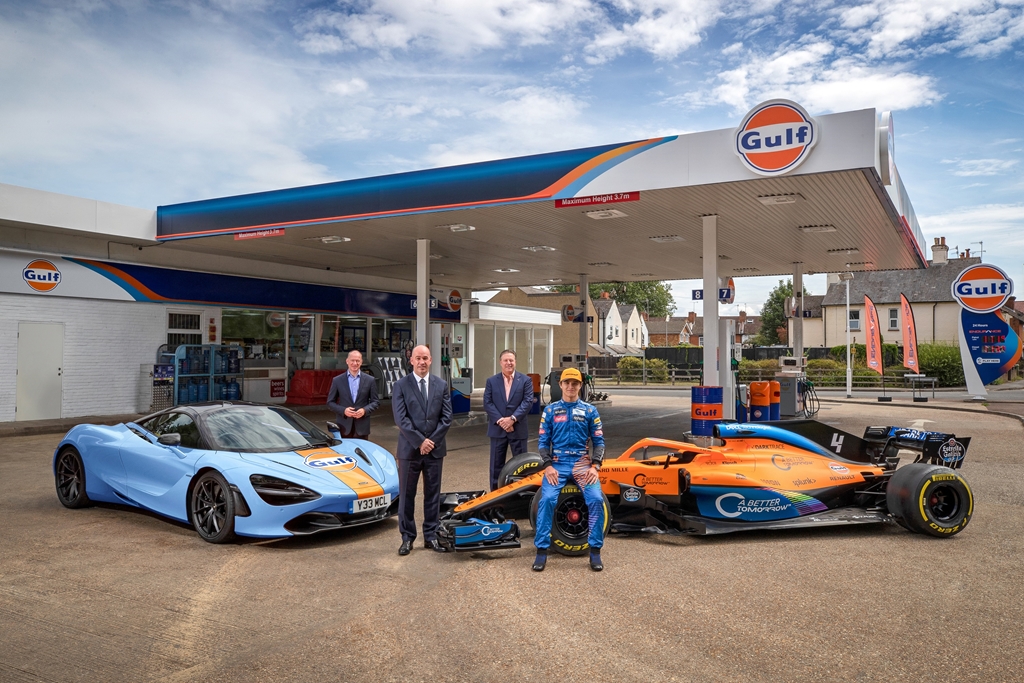 Starting from this weekend at the Formula One British Grand Prix, you will see Gulf’s branding on the McLaren MCL35’s wing mirrors and engine covers. Gulf is returning to Formula One with McLaren now after a five-year stint that began in 1968. We’re looking forward to seeing this liveried McLaren on track this season.

McLaren and Gulf also worked together in Can-Am racing and we don’t have to tell you about the iconic McLaren F1 GTR in the Gulf livery at the 1990 Le Mans. That same livery will now be offered to McLaren road car customers as well and we’re very excited to see how they look. From 2021, Gulf will also be the primary lubricant supplier of McLaren’s road cars.