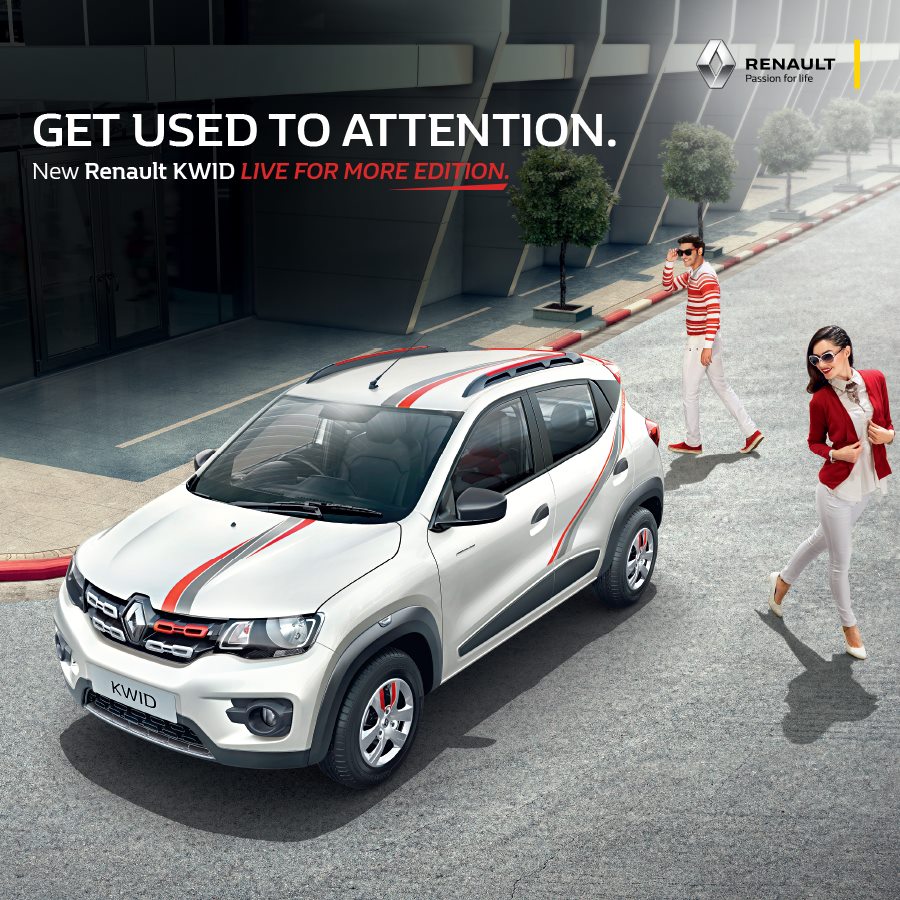 Renault-Nissan recently found out, with the Datsun redi-GO, that special editions can turn out to be very successful; so much so that the production was doubled, in case of the Datsun. And now, the already-bestselling Kwid (the car the redi-GO shares its platform with) has a new special edition to boast. And unlike with other cars, this one, called Renault Kwid Live for More Edition, is available on all power- and drivetrain choices.

On the outside, it gets red accents on the radiator grille (taking a leaf out of the Datsun redi-GO Sport’s book), dual-tone roof rails (in red and grey combination), and a ‘contrasting’ rear spoiler. Similar red accent can be seen on the wheel caps, too, while the triple-colour body graphics look good in photos. Changes on the interior include a dual-tone steering wheel, while the touchscreen infotainment system is present as well – an indication that the special edition will be available on higher trims only.

Engine options, as mentioned above, will include both the 0.8-litre SCe unit and the rather recent, more powerful 1-litre SCe engine. Five-speed manual gearbox is standard on both, but you can also opt for a five-speed AMT should you choose the latter engine.

Other details like variant and colour choices, along with the final prices are expected to be announced soon.