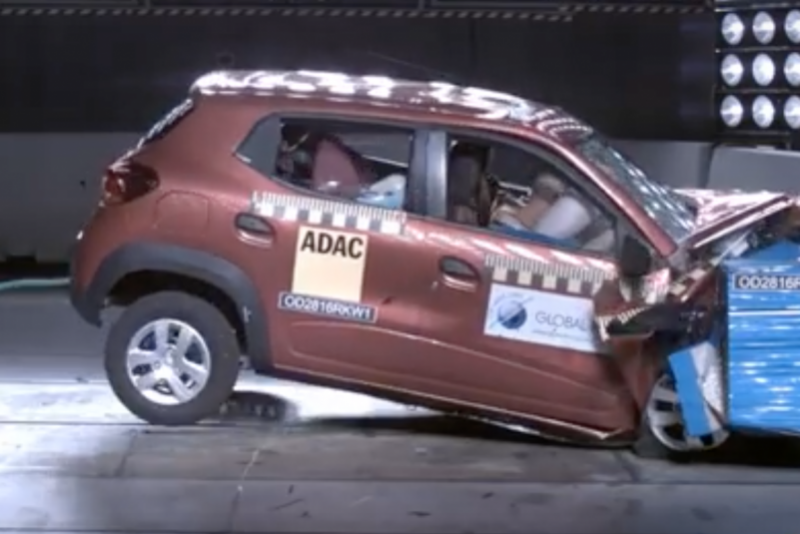 Going forward with the Safer Cars for India initiative, an improved version of the Renault Kwid and the Honda Mobilio MPV have been crash-tested by Global NCAP. The Kwid scores one star in the airbag-equipped version while the Mobilio scores three.

The Kwid, which failed badly at the previous crash test, continues with a zero-star rating for the basic version. The one tested now has an optional airbag and seatbelt pretensioner, both for the driver. It gets one star in the latest test but as the official report mentions, ‘showed high chest deflection…’.

The Mobilio on the other hand scores zero stars for the base model, due to lack of airbags. But thankfully the structure is stable and doesn’t collapse like other cars, including that of the Kwid. The version with two airbags scores three stars for adult protection.

Both cars don’t get airbags as part of the standard equipment, which the Global NCAP’s report emphasises,  should not just be options.