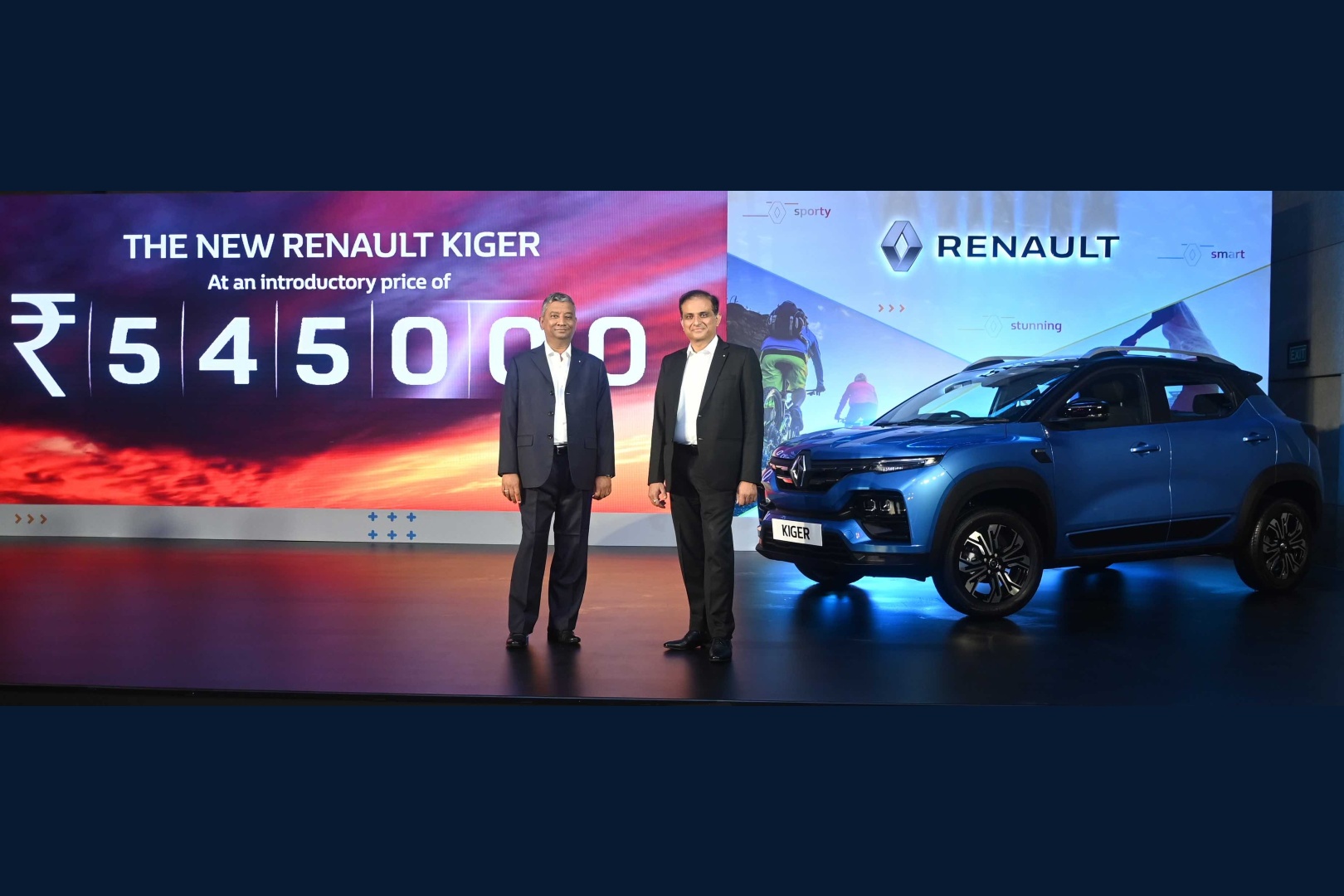 With the launch of the all-new Renault Kiger, we can finally say that the French have pulled off a coup in the sub-compact SUV segment. Well, not literally, but it has done enough to undercut its nearest competition, the Nissan Magnite, by a whisker. Priced at Rs 5.45 lakh, ex-showroom, India, the bookings for the Kiger have been opened for a token amount of Rs 11,000. This is just an introductory price, so expect the pricing to shoot up later.

First things first, the Kiger is based on the Triber’s CMFA+ platform. And it also shares the same 71-bhp, 1.0-litre, three-cylinder, naturally aspirated petrol engine. It also has an option of a peppy 99-bhp, 1.0-litre, three-cylinder, turbo petrol engine. The naturally aspirated engine can be either paired with a 5-speed manual or a 5-speed AMT ‘box, whereas the turbo petrol engine can be paired either with a 5-speed manual or a CVT gearbox. On higher trims, you get three drive modes, Normal, Eco and Sports, which alters the engine mapping, gear shifts (automatic gearbox), and the steering response depending on the drive mode that you select. This might not be the most powerful car in its segment, but it sure serves well on the practicality front.

Taking cues from the Triber, it has plenty of storage compartments to keep your knick-knacks. For instance, the central armrest alone holds 7.5 litres of storage, the glove compartment has 10.5 litres of space, and four 1-litre bottle holder on every door. It even boasts of the largest boot capacity of 405 litres and 879 litres with the second row folded. Also, talking about practicality, the Kiger has 205 mm of ground clearance, which is best suited for our road conditions.

In addition to the aforementioned features, the Kiger also gets plenty of other features. A 20.32 cm touchscreen infotainment system, a 17.78 cm TFT instrument cluster with an option to configure different skins depending on the drive modes that you select, wireless Apple CarPlay and Android Auto, among many others. You can deck it out with different accessories which offer wireless charger and air purifier. There are six colour options to choose from and dual-tone combinations can be added for an extra sum of Rs 17,000 on all its variants. Below are the prices for all its variants: