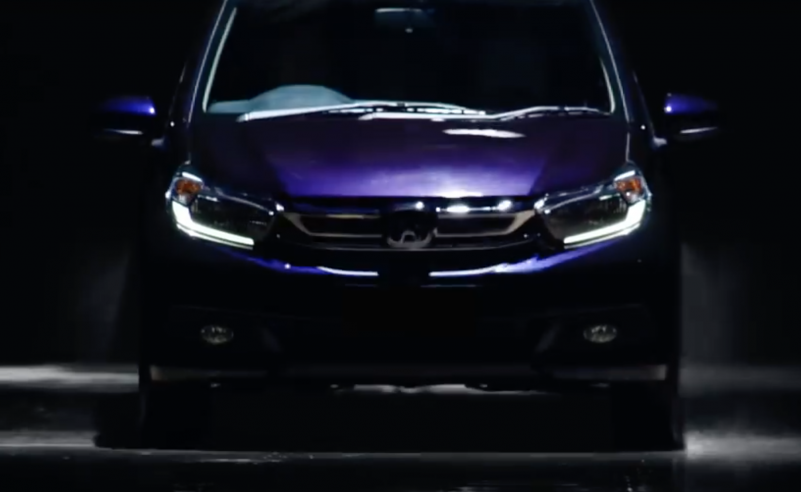 Update: Honda has released pictures of the Mobilio facelift:

Alongside updating the Honda City, it appears that the Japanese manufacturer went the extra mile to make the Mobilio newer and fresher. The Brio-based MPV will be unveiled in Indonesia tomorrow, while the City saloon will be launched today, in Thailand.

We’ll come to the City later, but let’s first have a look at what makes the Mobilio facelift worth being noticed. First, from the teaser video online, it gets a revamped front-end — something both the Amaze and the Brio largely missed out on. Secondly, it looks very pretty in blue, and even in the dim-lit video, it manages to stand out.

Other changes will include refreshed interior (which the Indian version hasn’t yet received, anyway) and, hopefully, a new set of taillamps —to complement the new styling up front. Engine options (in India: 1.5-litre petrol and 1.5-litre diesel) are unlikely to change, and the side profile will not, either.

Availability is not confirmed for the Indian market, and given how the BR-V crossover SUV sits so close in the range, offering more rugged looks and slightly wider powertrain choices, the Mobilio’s case hasn’t looked strong. But the new version can surely change that, not just with its fresh appeal, but also with the distinct styling. It will be positioned below the Honda City facelift, which will find its way to the dealerships very soon.

Reportedly spotted in India already, the City facelift will be launched in Thailand tomorrow. Mechanically it’s expected to remain unchanged except for maybe the inclusion of a six-speed manual gearbox (that’s available on the BR-V already), but will boast updated, an-almost Civic-like styling; it’s essentially a mid-life upgrade — the current-generation car was originally launched in late 2013. It also marked the introduction of a diesel engined midsize saloon from Honda.

You can have a look at the teaser video for the Brio facelift below, while teaser images for the Honda City facelift can be found here.