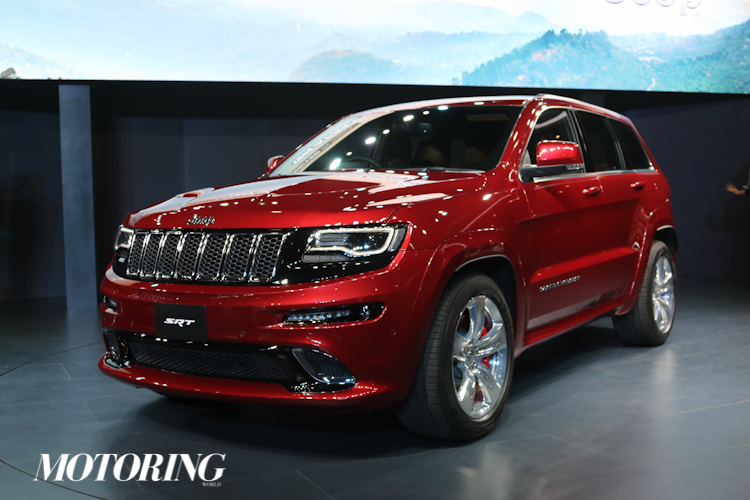 Jeep has the Indian prices of Jeep Wrangler Unlimited and the Grand Cherokee range, and it doesn’t make for pretty reading.

The main draw towards to the Jeep range in India is going to be the Wrangler Unlimited. While we wont be getting the 3.6-litre V6 India, nor an option of a manual gearbox, we will get the 2.8-litre turbocharged four-cylinder diesel and the most capable 4×4 system in the Jeep portfolio, the Command-Trac system, with its central transfer case which equally splits the torque between the front and rear axles. While the range of engines come with the Ecodiesel brand name, the 197 bhp and 47 kgm is more enough to propel the Wrangler over some greenery. Other than the mechanical bits, the Wrangler sold here will have all the best bits of the feature list as standard, like a custom made Alpine music system, leather seats and removable doors and roofs.

The Grand Cherokee, a Q7-sized large premium SUV, will get the 3.6-litre V6 diesel, which produces 239 bhp and 58.6 kgm and is coupled with an eight-speed automatic transmission. Between the two diesel variants and the SRT, there are three different kinds of 4×4 systems on offer. The system in the SRT has been tuned for greater grip off the line and around corners, and comes with a wet clutch, an electronic limited slip differential and a capability to transfer 100 percent of the power to a single wheel. The 4×4 systems for the diesel variants range from simple active all-wheel-drive system, to one with a automatic terrain response system.

The first city to get a functioning Jeep dealership is going to be Ahmedabad, followed by New Delhi and Chennai in September. By the end of the year, dealerships in Bengaluru, Kochi and Hyderabad will join the network.