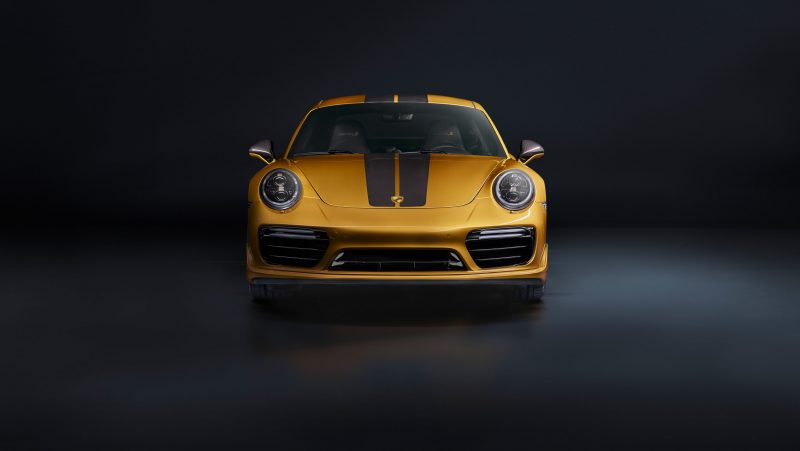 The apex of the turbocharged 911 range might be reserved for the upcoming Porsche 911 GT2 RS, but that doesn’t mean the 911 Turbo can be ignored. And while it’s successfully cracked the formula of maddening power in an everyday supercar, the German carmaker has decided to further up the ante, by introducing the Porsche 911 Turbo S Exclusive Series.

Finished by hand by Porsche Exclusive Manufaktur (previously called Porsche Exclusive), the 911 Turbo S Exclusive Series is limited to 500 units globally. It’s also available in an exclusive shade of Golden Yellow Metallic, with carbon-weave strips running across the body. 20-inch wheels are standard, and so are ceramic brakes (surprisingly not finished in yellow this time), PASM, Sport Chrono Package, PDCC, and rear-axle steering.

The interior also has matching accents, and copper thread for the upholstery and trim. There’s also a plate denoting the car’s limited edition number, and illuminated ‘Exclusive Series’ lettering on the door entry guards.

And if that doesn’t quite quench your desire to own one rare Porsche, there’s matching luggage accessories available for the car. And if that’s not exclusive enough, there’s a special edition timepiece available from Porsche Design. A titanium housing, carbon dial, and rotor design will keep you happy. And guess how many of those will be made? Five hundred — just as many (or as few) as your special edition Turbo S Exclusive Series.