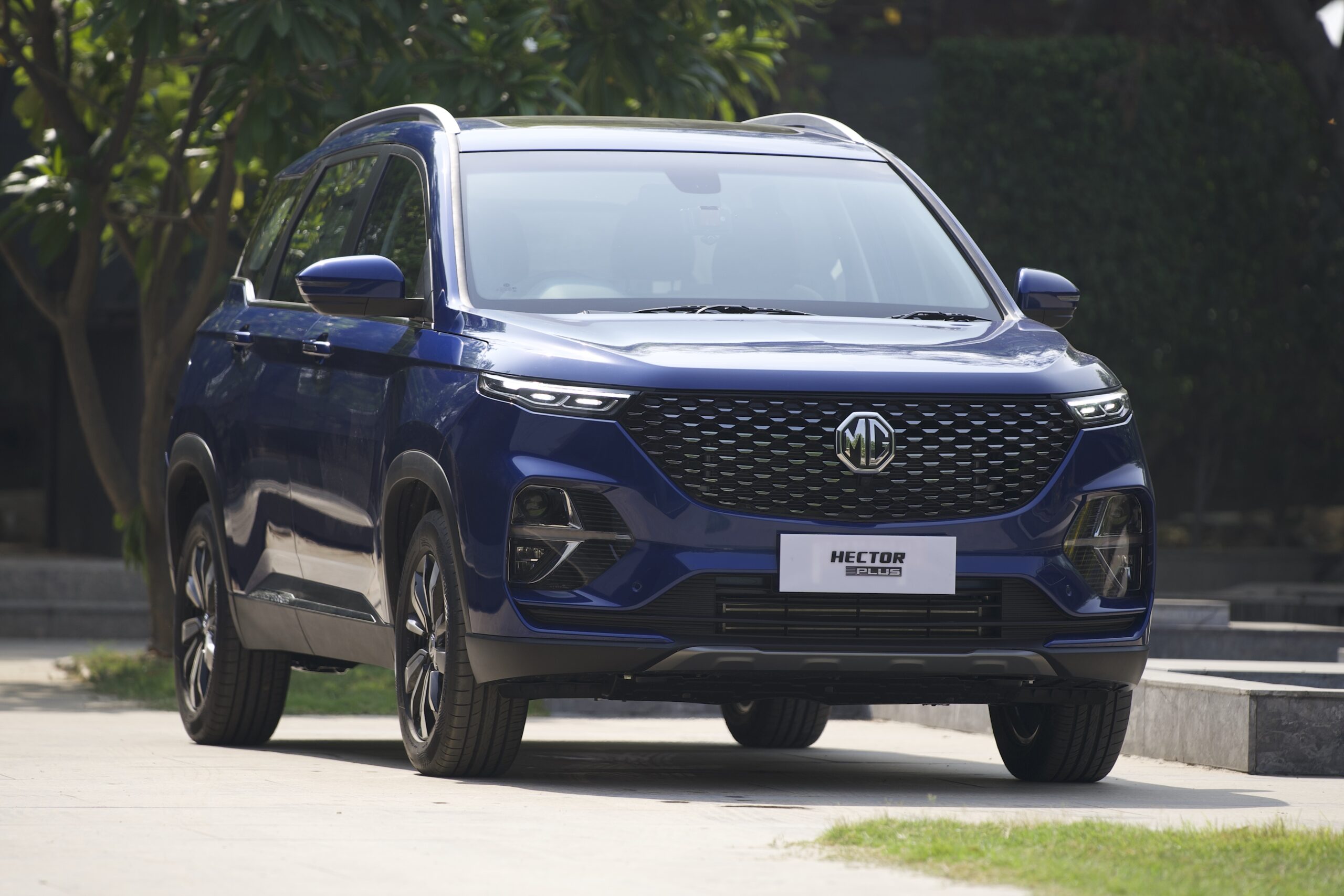 MG’s third product in India, the Hector Plus, has been launched at an introductory price of Rs 13.48 lakh (ex-showroom). After the 13th of August prices will go up by Rs 50,000.

The Hector Plus is a three-row, six-seater SUV/MPV with two captain seats in the middle row. There will also be a 7-seater variant that will join the line-up later. To distinguish it from the regular two-row Hector, the Hector Plus gets a new grille, headlights, tail-lights, bumpers, alloy wheels and skid plates among other subtle differences. It also comes packed with lots of connected features, just like the regular Hector. 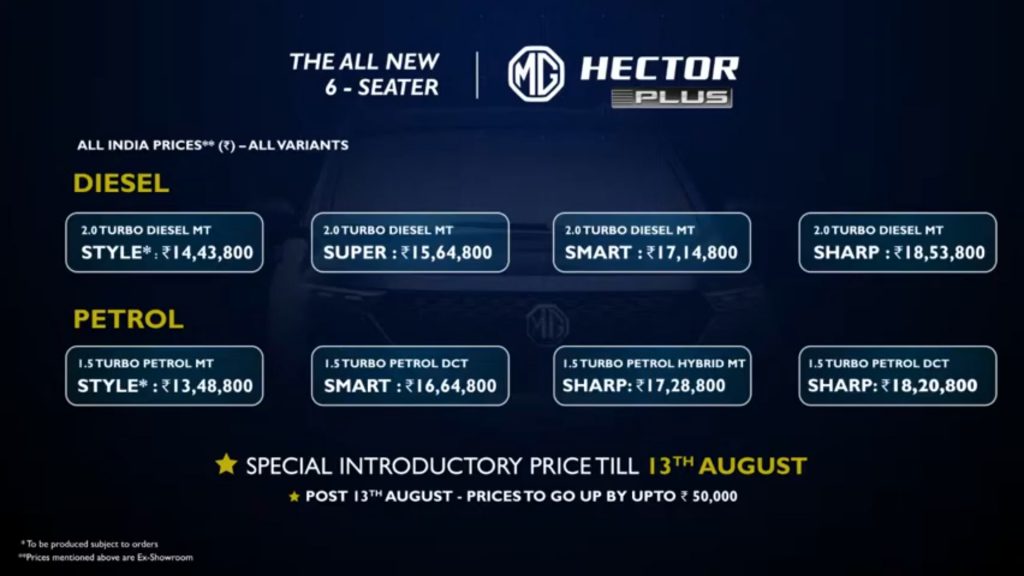 The Hector Plus is now available in a new Starry sky blue colour as well as seven other colours to choose from like Glaze red, Burgundy red, Starry black, Candy white and Aurora silver.

As far as competition is concerned, the Hector Plus will also go up against the 7-seater Mahindra XUV5OO and the upcoming Tata Gravitas. Stay tuned for our full review of the Hector Plus!