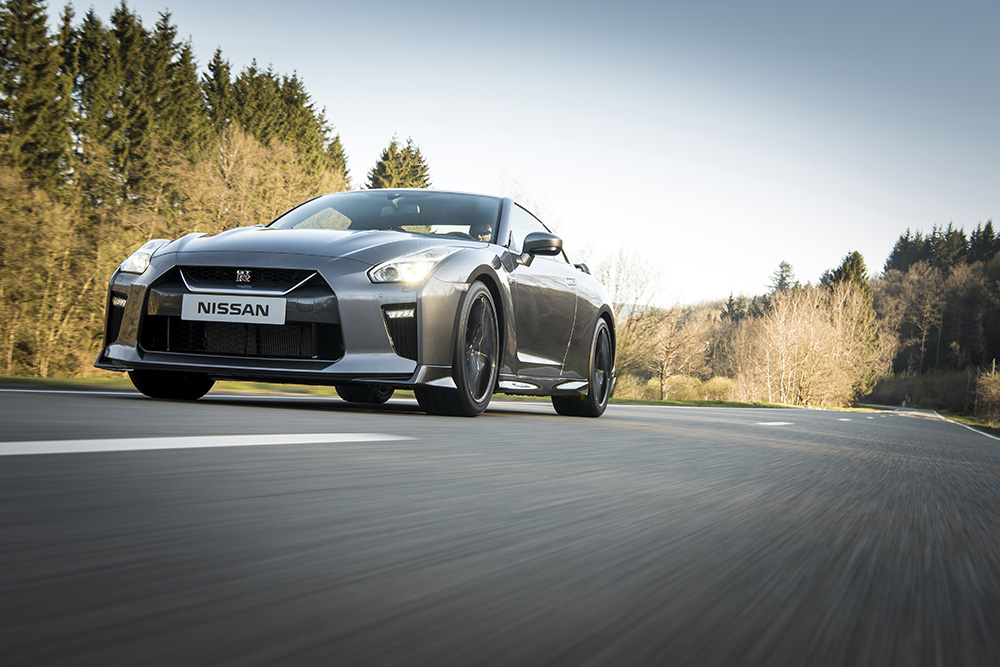 Showcased first at the Auto Expo, and in an updated avatar at the New York Auto Show earlier this year, the Nissan GT-R (in MY2017 spec) will eventually be launched on December 2. Since that would make for a perfect early Christmas present, here’s a quick look at what to expect from it:

While the world uses V10s and V12s to make that sort of power, the GT-R relies on its hand-assembled 3.8-litre V6 engine. It makes 562 bhp and 65 kgm, which translates to a 0-100 kph time of 3 seconds. To put into perspective that’s the same amount of time you must have taken to read the paragraph above. Let’s not forget it’s not just the engine but the drivetrain, too. That includes a quick-shifting six-speed sequential, dual-clutch gearbox, and an equally legendary (as much as the car itself) AWD system which can send up to 100 per cent torque to the rear wheels.

On the outside while the overall design of the R35 generation car might be a decade old, with a drag coefficient of just 0.26, there’s no urgent need for a change. And the fact that the car keeps getting more aggressive-looking with each update, just adds to it. But it’s a pretty docile car to drive everyday, so that shouldn’t be a problem if you intend to get one as your daily supercar.

Re modifying the GT-R, sky’s quite the limit, but with standard options like Titanium exhaust, 11-speaker BOSE audio system, and Rays 20-inch alloys being part of the standard equipment, it’s going to take you some time before you would want to put more money into it. Talking of which, the price isn’t announced yet, but the GT-R is available to book against an advance payment of Rs 25 lakh.