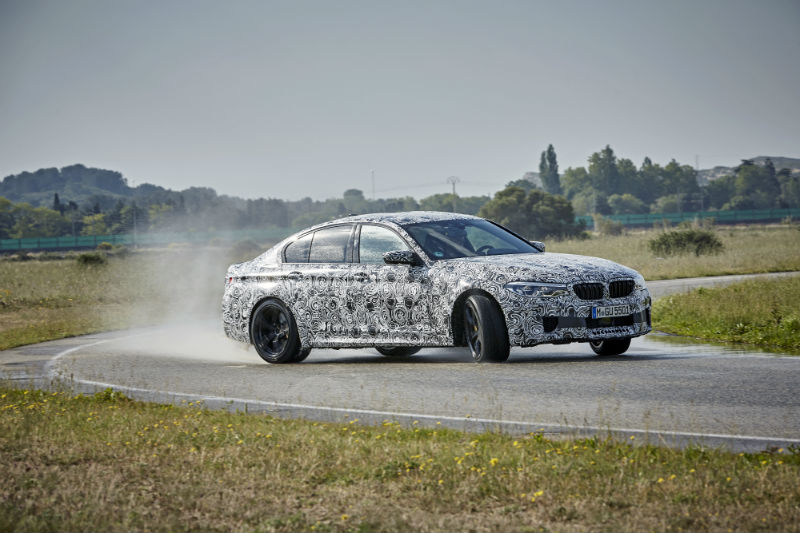 As naturally aspirated engines lost to more powerful (and efficient) turbo-ed ones, BMW did lose a bit of its heritage there. And with the lesser models going FWD, BMW’s RWD platform was challenged, too. But now with the next-generation M5 going AWD, isn’t this sacrilege?

You might think that, but from what the early reports claim, such is not the case. To start with, the xDrive AWD system in the upcoming sixth-generation M5 is no usual AWD. It’s rear-biased, has a sportier 4WD Sport setting, and if you’re feeling brave, can be turned completely off. Which means, in this mode, the M5 will send power only to the rear wheels. You can now put your apprehension to rest!

On the downside, with the added weight of an AWD system, the M5 must have become heavier than the outgoing F10M version, you may wonder. But with the G30 it’s based on being lighter, the weight loss has benefitted the super saloon, too. In addition,  it’s grippier (as mentioned above), and more powerful.

The engine is still a 4.4-litre force-fed V8 that makes more power and torque than before. It gets new components including new turbochargers and a lighter exhaust system. The new gearbox is now an eight-speed steptronic unit; it comes with three shift programmes and can also be controlled manually. There’s also the Active M Differential at the rear, with a locking effect varying between zero to a hundred per cent. And the aforementioned 2WD mode can be activated only with DSC turned off, hence offering a purer feel of the chassis and the differential.

The car is said to manage a 0-100 kph sprint in under 3.5 seconds, which is quicker than the previous M5. The top speed is also electronically limited to 250 kph, which is also achieved earlier than in the outgoing car.

Elsewhere, apart from the hugely updated mechanicals, the styling is going to be far from that of a Q-car. But with most body parts shared with the regular G30 5er, it will still need an enthusiastic look to differentiate the M5 from the lesser M-kitted 5 Series brethren. It’s even got its own codename (F90), and from where we see it, it is anything but disappointing.

You can read more about the upcoming M5’s main rival, the Mercedes-AMG E 63 here.