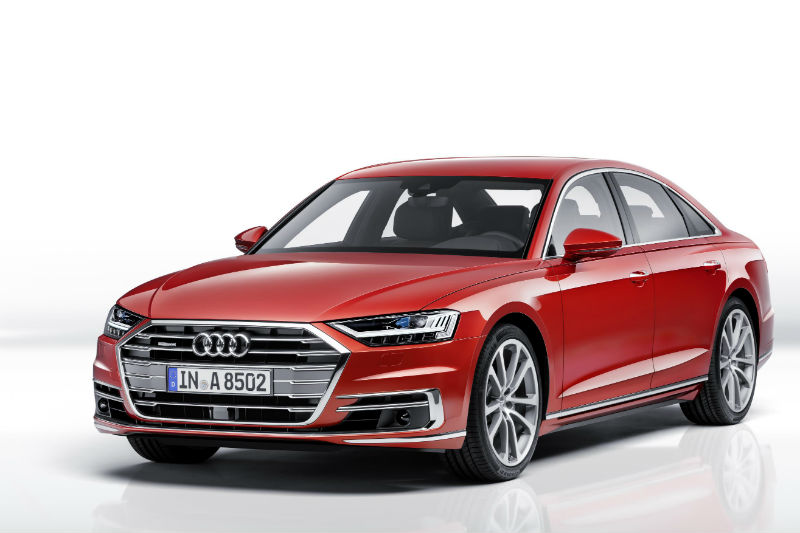 Audi has presented the fourth generation A8 flagship saloon at the Audi Summit event in Barcelona. The car also represents a new approach for Audi — one that embraces highly advanced AI, electrification, etc. — which essentially establishes the German carmaker as a premium digital car company.

Back to the Audi A8, for now. Reminiscent of the Prologue Design Study, the new A8 gets a Singleframe grille up front, boasts a 5.17 metre-long well-proportionate profile (the A8L continues with a 13 mm longer wheelbase), HD Matrix LED headlamps with laser lighting, and an LED light strip joining the tail lamps on the boot. 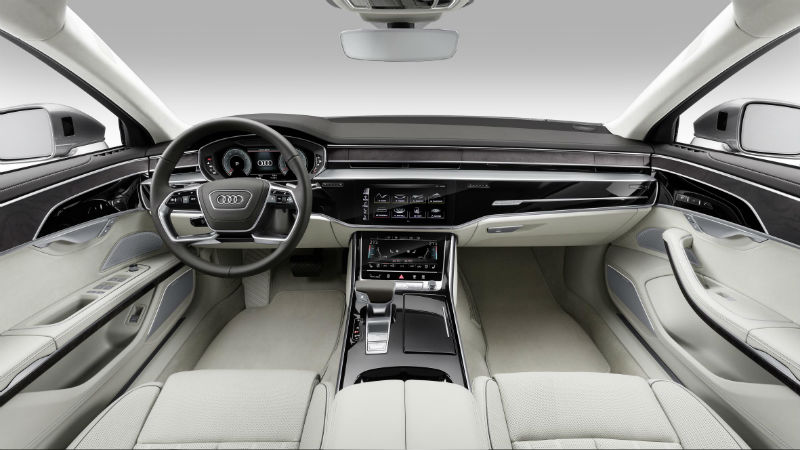 The interior is no less tech-laden either, with a 10.1-inch touchscreen sitting flush in the dashboard, electrically openable AC vents, HD Matrix reading lamps, footrest with the ability to massage and warm the rear occupants’ feet (on the A8L), etc.

Apart from a customisable voice control, there’s also a plethora of driver assists, including traffic sign recognition, and car-to-X services. But where Audi engineers have taken it to the next level is the car’s AI. Starting from the AI-enabled suspension which can adapt to changing road and driving conditions, to automated driving features, the A8 has got most things covered.

The vehicle can, on demand, drive on its own at speeds up to 37 mph when the traffic is slow. Audi will roll out the said feature in phased manner, but it’s a welcome addition, nevertheless. In addition, there’s a remote parking and remote garage pilot, which can let the driver park the A8 without having to sit inside it. The myAudi smartphone application allows the use of this feature.

With so much of tech going into the A8, one might wonder if Audi has forgotten the basics. Thankfully such is not the case. The lightweight aluminium construction keeps the weight in check, while the standard-fit quattro AWD system ensures it doesn’t lose grip in the trickiest of conditions.

All engines will be offered with some sort of electrification, with the engine range comprising the 3-litre V6 petrol and diesel units, a 4-litre V8 diesel, and a range-topping 6-litre W12. A proper plug-in hybrid in the form of A8 L e-tron quattro will also be added to the range at a later stage. The initial deliveries will be of the 3-litre engined variants.

Talking of deliveries, the car goes on sale in certain markets later this year. An Indian arrival is expected next year. 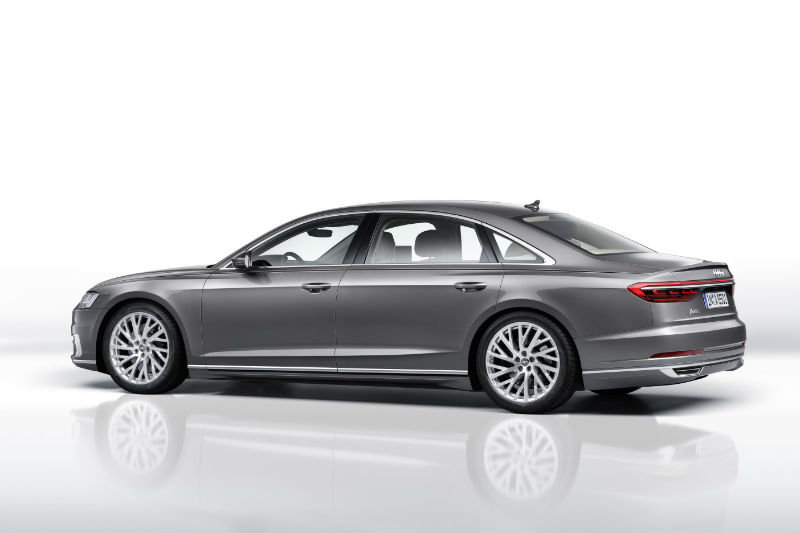