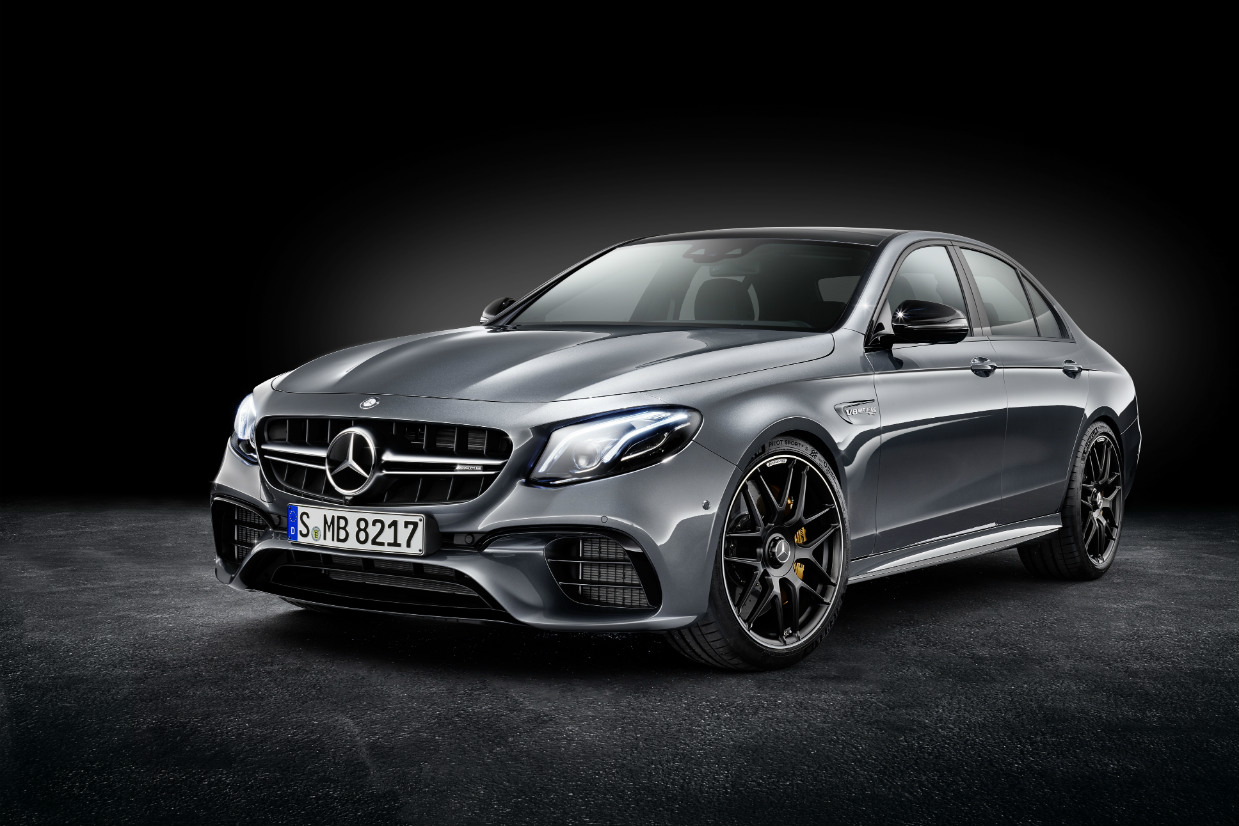 Mercedes Benz has revealed the next-generation E 63 AMG. Based on the W213 E-Class, it marks the departure of the rear-wheel drive layout. It will be available in two versions, and both will get the 4MATIC+ all-wheel drive system as a part of the standard equipment. The car will debut at the upcoming LA Auto Show, and sales will begin in March next year.

So you must wonder what benefits the AWD system brings, since, you know, going away from the RWD layout is a big thing. Well, to start with, the car can accelerate from nought to a hundred in just 3.4 seconds. And it now has more grip to handle the 603 bhp and 86.7 kgm (E 63 S) that you’d not want to waste just burning rubber. Talking of which there’s also a drift mode (available only on the E 63 S) that makes the car RWD, so it’s the like the best of both worlds, isn’t it!

Engine options include 4-litre biturbo V8 in two states of tune: making 563 bhp in the E 63 and 603 bhp in the E 63 S. That’s the most powerful engine to be in a production E-Class ever.  The gearbox is a nine-speed unit that comes with a wet start-off clutch. (Remember the 0-100 km/h time?) There are four driving modes to choose from, and the E 63 S gets an additional ‘Race’ mode.

The body is more rigid, and there are dynamic engine mounts, variable damping for the air suspension, rear diffs (mechanical on the E 63 and electronic on the E 63 S), speed-sensitive AMG steering, and of course optional carbon ceramic brakes.

While that will be good enough to satiate enthusiasts, the E 63 AMG has sort of turned responsible, too. When not asked for outright performance, the E 63 twins can get into a half-engine mode, thereby minimising emissions, and increasing the efficiency. A semi-automated DRIVE PILOT mode has also been added. And the smartphone-savvy car fans will also appreciate the new AMG Track Pace app which helps them to ‘analyse and improve their driving style’.

It does miss out on the Q-car appeal, but a 603 bhp Q-car might be a bit of an overkill. Don’t you think?