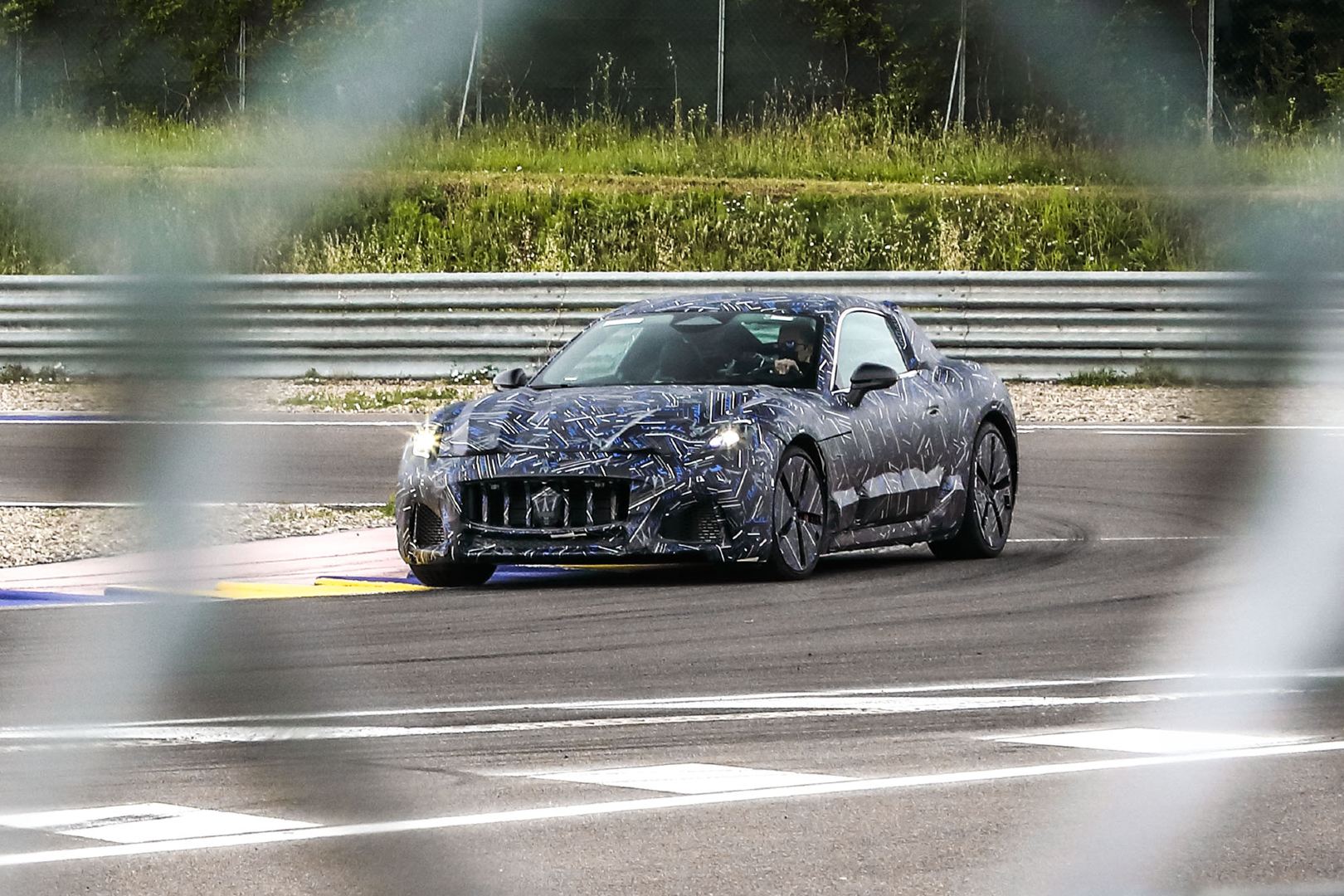 Maserati has released photographs of its new GranTurismo model, which also happens to be its first all-electric car (it had to happen sometime, right?). The photos of the car have it under full camouflage, but some design elements can definitely be discerned. Overall, the prototype’s lines don’t look radically different from the earlier GT, which had a lovely coupe-type roofline, a short derriere and a long bonnet, all typical of a grand touring sporting machine. Your memory may be jogged by a concept car that Maserati showed a few years ago, called the Alfieri, which bears some resemblance to this prototype (or the other way round, whichever you prefer). 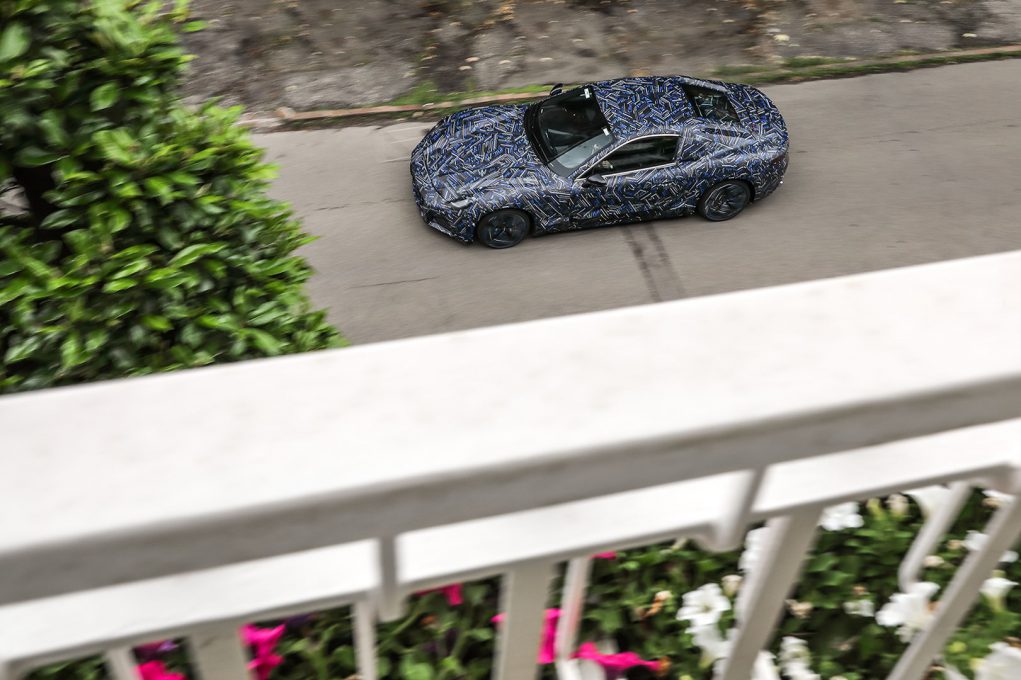 Peer closely at the camouflaged car and you’ll see the iconic trident taking pride of place in the middle of the large, slatted grille. The headlamps appear to be of a new design, and there are some large air intakes as well. The wheels have typically EV-aerodynamism written all over them. Although Maserati hasn’t teased any specs about, well, anything, it’s probably safe to assume that like modern day performance EVs, the GT will accelerate like a bat out of hell. One thing it won’t do is sound as glorious as the previous model, unfortunately. The new GT will sell alongside the new MC20, and we’ll definitely see a drop-top GranCabrio version introduced as well.