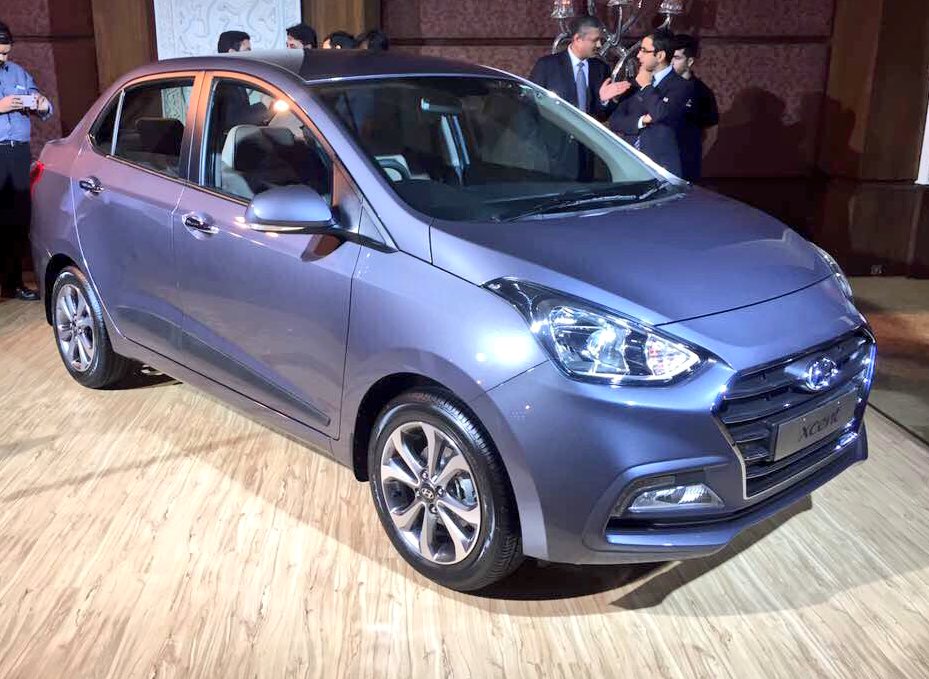 The Hyundai Xcent facelift has been launched, just in time before its main rival, the all-new Dzire, comes to the market. But with major changes happening in both the aesthetics and mechanical departments, it’s more than just a facelift, but a tad short of being all-new.

Moving further away from the Grand i10 — the hatchback which it’s based on — the Dzire gets a revamped front-end styling, with a new grille design, swept-back headlamps, and new bumper incorporating the LED DRLs. The rear, on the other hand, sees more action, as it now has new wraparound tail lamps and a dual-tone bumper, both of which help it look better (and distinguished) from the outgoing car. In addition, the compact saloon also gets wheel air curtains which helps it achieve less turbulence and thus a lower coefficient of drag. That in turn improves the vehicle’s efficiency and NVH levels, too.

The platform remains unchanged, but like the Grand i10, the new Xcent also gets a new 1.2-litre diesel unit, in lieu of the 1.1-litre CRDi engine. The 82-bhp/1.2-litre Kappa engine continues to be offered, while the new diesel one makes 74 bhp. A five-speed gearbox is standard, although an automatic can be opted for the petrol. The fuel economy figures aren’t too bad, either, with the new diesel offering an ARAI-certified 25.4 kpl, and the petrol managing 20.14 kpl (MT) and 17.36 kpl (AT).

And all that at a starting price of Rs 5.38 lakh for the petrol version, and Rs 6.28 lakh for the diesel. The top-spec versions cost Rs 7.09 lakh and Rs 8.41 lakh, respectively. All prices are ex-showroom Delhi.