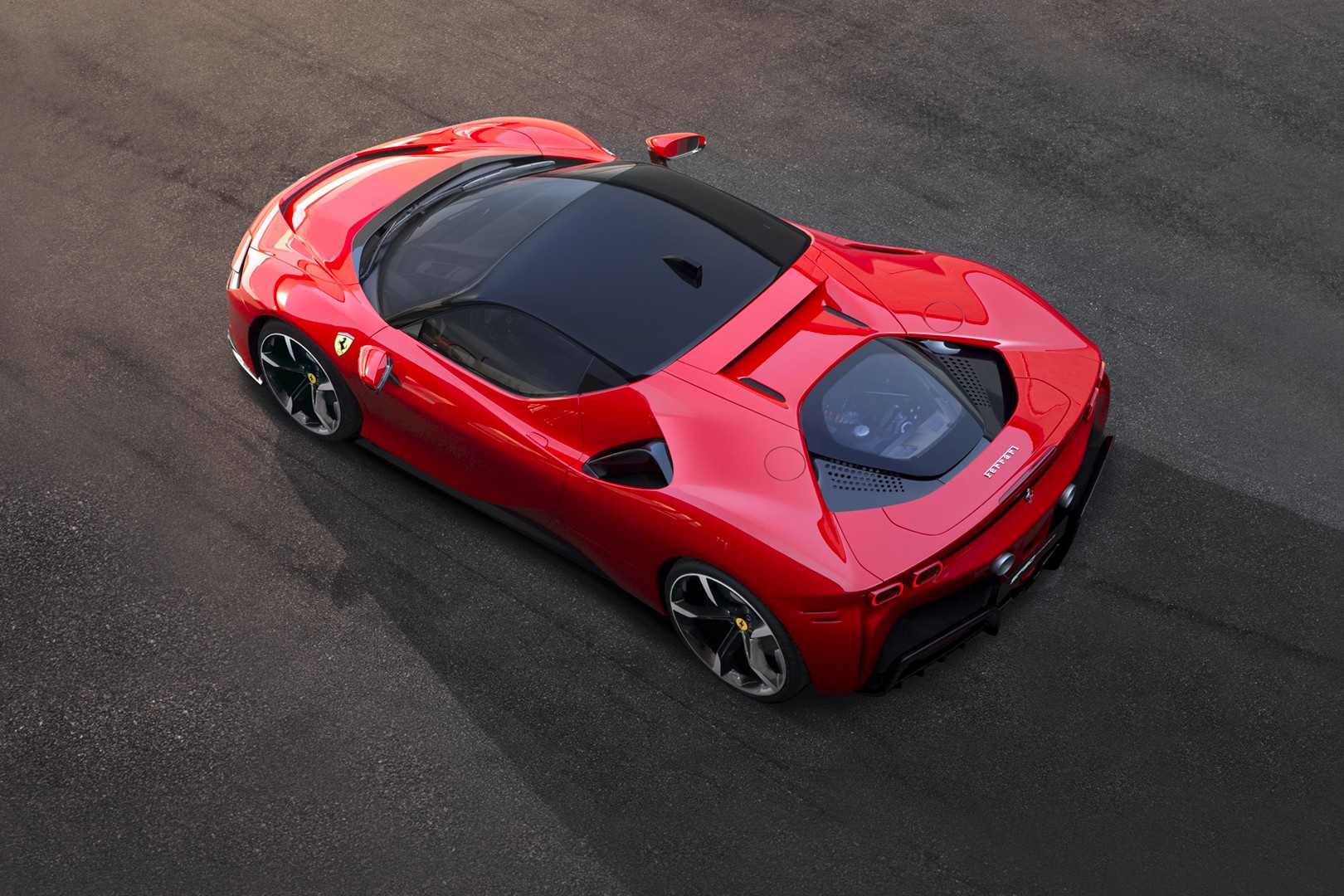 It’s happening to everyone, and Ferrari is no different – the iconic supercar maker is also going down the hybrid and EV route in a big way, and spy photos of it have hit the interwebs ahead of its debut tomorrow. Codenamed F171, it’ll be the next hybrid supercar in its ranks after the SF90 Stradale. Details about the car are thin on the ground, but its engine is said to be a twin-turbo V6 with an electric motor doing hybrid duties; it’ll likely be used as a performance booster, rather than an electric-only range-extending mode.

Power (we’re guessing around 700-odd bhp) will be sent to the rear wheels (as opposed to the SF90’s all-wheel drive), and the bodywork appears to have fake exhaust tips at the back (with the actual exhaust placed between them). The shots also reveal some sleek LED headlights, door-mounted ORVMs and side intakes. The engine in this car will likely also power Ferrari’s upcoming SUV, the Purosangue, and the new model will go head to head with Mclaren’s Artura.