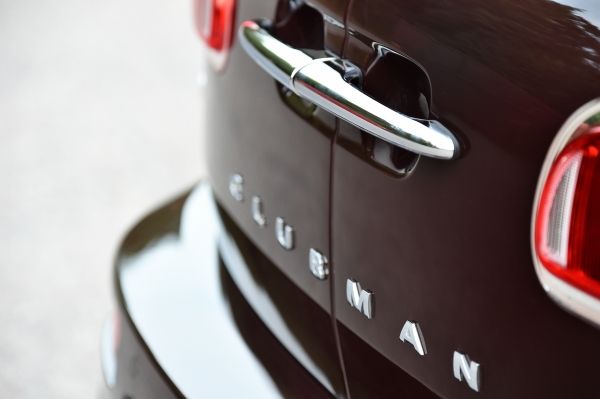 Have you encountered MINI/Mini fans fume at the sight of not-so-mini MINIs? You’ll see a lot of those, as the longest version, the MINI Clubman, launches tomorrow. The underpinnings remain unchanged, but it’s longer and thus more spacious.

Based on the same platform as the current MINI products (UKL1 front wheel drive structure, which also underpins certain entry-level BMWs including the X1), the Clubman received an update last year. It’s one of the new products to be launched this year, along with the MINI Cooper Convertible.

So why choose one over the regular MINI Cooper 5-door?

For starters, it’s 270 mm longer, 90 mm wider, and has its wheelbase longer by 100 mm in comparison. It can seat five in comfort, has 360 litres of boot space, which can be accessed by the dual rear doors. Folding the rear seat (backrest gets a 40:20:40 split for added practicality) means the loading area increases to 1,250 litres.

Like the updated exterior, the cabin’s new, too, so you get the oddities that you get in other MINI models. There’s a lot of retro stuff going on: be it the large column-mounted speedo, or the toggle switches on the centre console. But at the same time, there’s enough to keep it all modern, too: a large, non-touch display sits at the centre of the dash, and doubles up as the readout for navigation and entertainment, when not showing vehicle info. It also gets its own LED ring surround.

MINI is said to have ensured that the drive and handling setup is unchanged from other models, despite the increased dimensions. Engine options in markets abroad include petrol and diesel choices, in capacities 1.5-litre and 2-litre. The range-topper is of course the Cooper S Clubman with its 2-litre turbocharged petrol engine that makes a little less than 200 bhp, but can do 0-100 kph in 7.1 s, and boasts a top-speed of 228 kph. There’s also an ALL4 AWD-equipped variant available in certain markets as well.

Expected to make an entrance via the CBU route, the MINI Cooper Clubman is likely to be priced somewhere close to the Rs 40 lakh mark. We’ll get to know more about the variants and prices tomorrow.