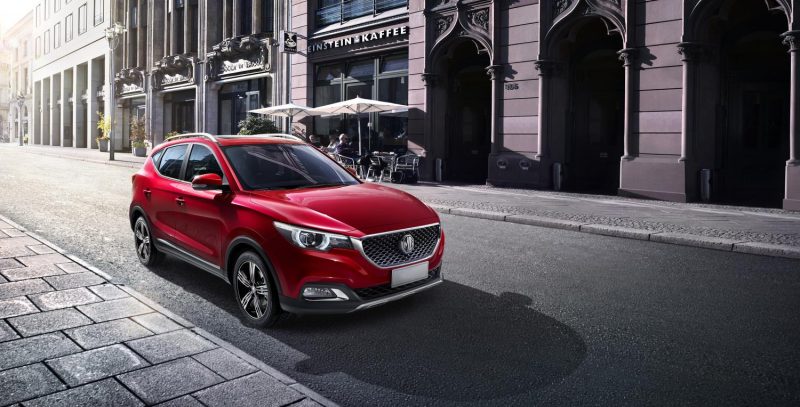 With parent company SAIC looking to finalise the ex-GM Halol plant in the country, it’s about time MG started planning their line-up for the Indian line-up. And what could be a better product to start with than the recently introduced MG XS compact SUV. The vehicle, showcased at the ongoing London Motor Show, will go on sale in the UK later this year, and is available in China as the MG ZS.

But why does it make sense for India, you must wonder. To start with, the segment is one of the most popular in the country. The Maruti Suzuki Vitara Brezza, the segment-leader for sub-four-metre SUVs, for instance, manages about 10k units consistently. The slightly larger Hyundai Creta,  is responsible for another 8k units. So it’s clear that there’s a lot of demand, more so, if you consider that buyers are likely to jump to the compact SUV segment than they would do to midsize saloon’s.

UK media also mentions that the XS will be cheaper than its usual rivals, including the EcoSport. SAIC is yet to formalise the Halol deal and production, but if that goes through, local production can obviously help the Anglo Chinese brand set a competitive price for the XS.

Other details for the UK-bound model include two petrol engine options (one of which is a 1-litre turbocharged petrol that makes 124 bhp and 17.33 kgm. An optional automatic transmission will be available alongside the regular manual gearbox. The front-wheel drive vehicle also showcased a supple ride, as reported by early reviewers.

Features on the China-only MG ZS include alloy wheels, sunroof, cruise control, eight-inch touchscreen infotainment system, and even internet connectivity, with which the owner can remotely control certain features of the car.

With all that considered, the XS looks like a decent vehicle for MG to start its India operations with.