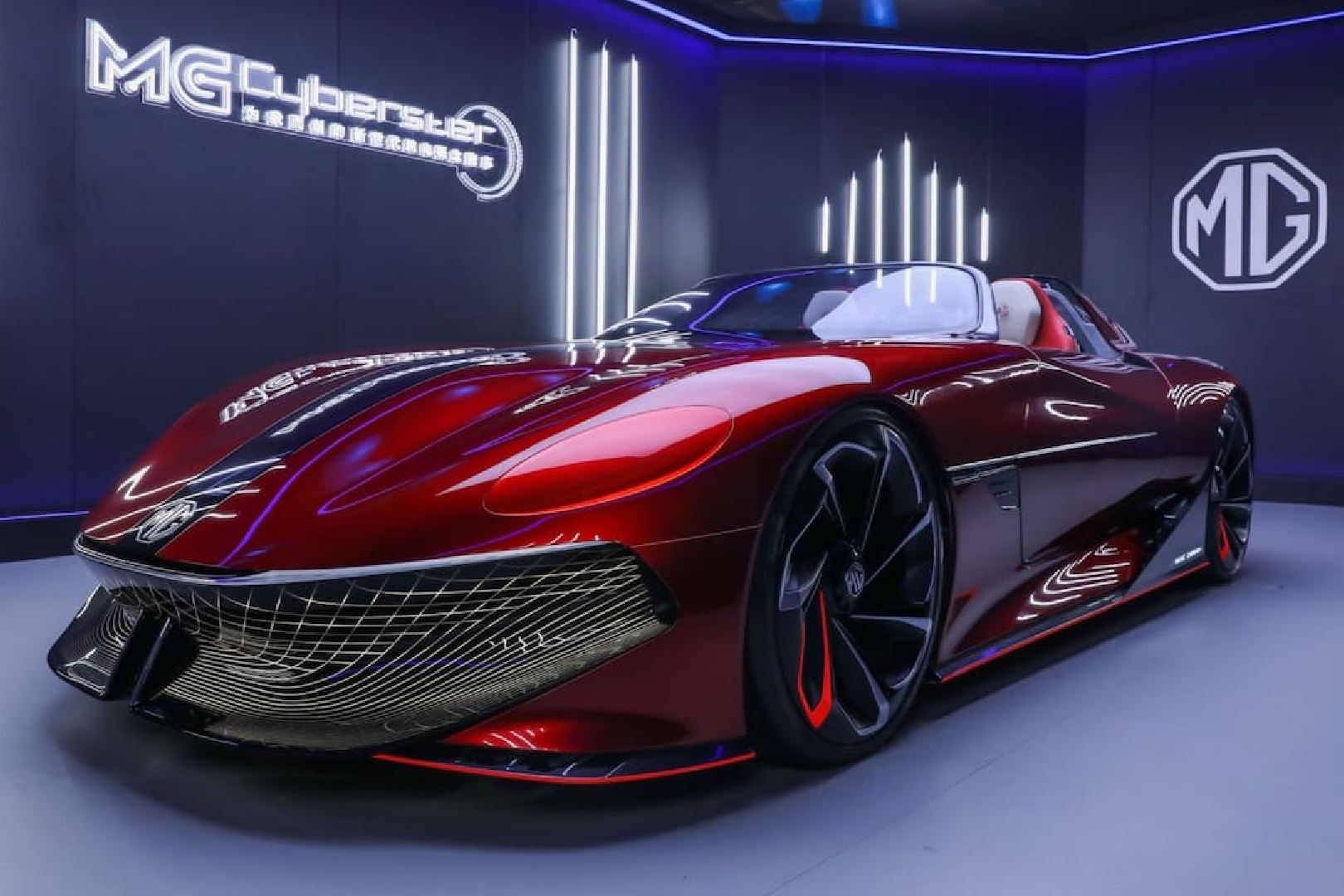 MG Motor UK has released a preview showcasing the ‘Return of the Legend’. It teased its upcoming electric sports car in a video representing the brand’s return to the sports car market.

The teaser video from MG gives brief glimpses at what could be a Cyberster in production form. It is finished in glossy red paint, almost exactly like the concept it is based on. We also get to see the scissor doors, rear light bar, big wheels and yoke steering wheel for the two-seat cabin. It also seems to retain the red and white seats from the concept car.

The production model is expected to be built on SAIC’s new Modular Scalable Platform. The platform would offer a 50-50 weight distribution, a slim battery and a lower centre of gravity. The two-seater convertible EV could get a dual-motor, four-wheel drive arrangement. This would certainly ensure sportscar-worthy performance.

Though technical specifications have not been revealed yet, the concept had a claimed zero to 100 kph sprint time of 3.0 seconds and 800 km of range. It remains to be seen whether the production model from MG lives up to those claims.