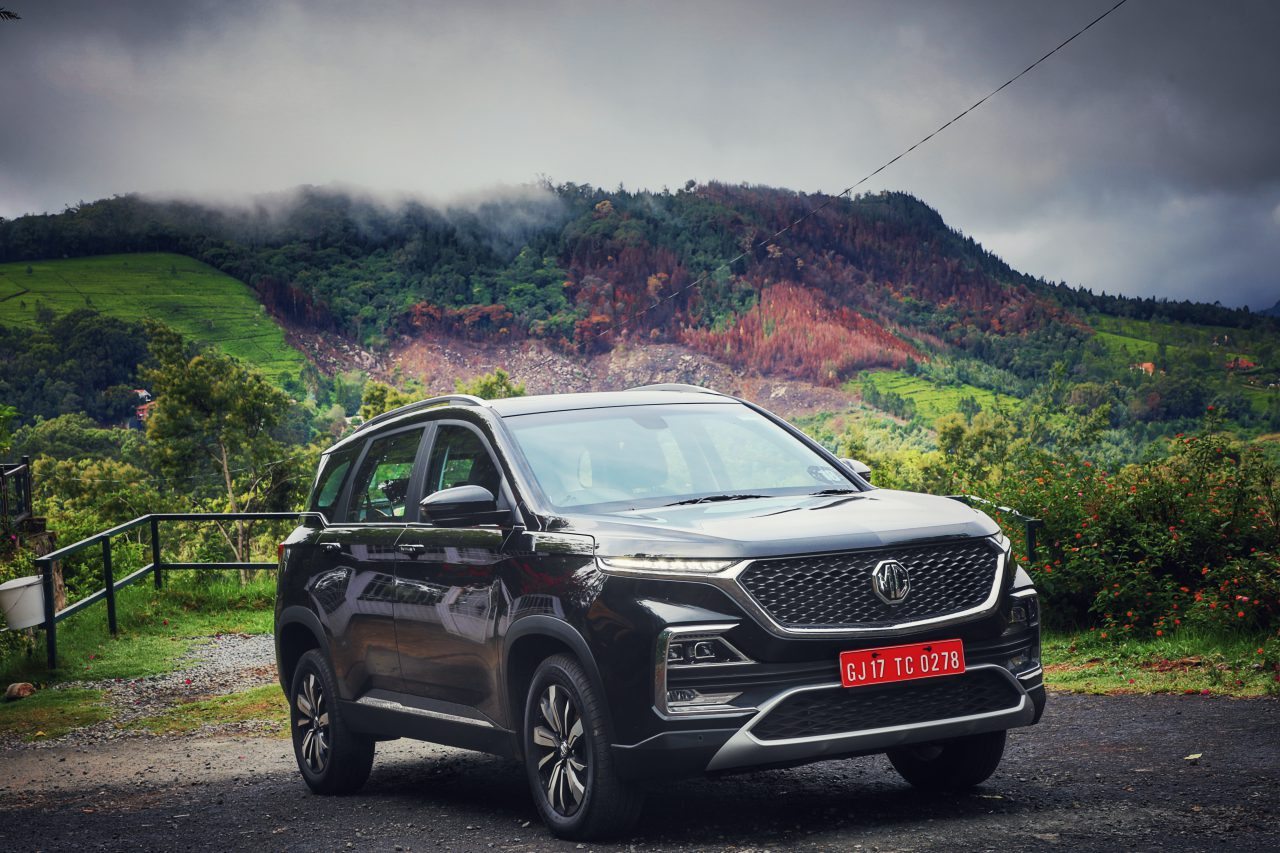 MG Motor has made its official entry into the Indian market with the much-talked-about MG Hector SUV. Launched at Rs 12.18 lakh onwards, it has, as one of the badges claims, ‘Internet Inside’, among a couple of other segment-first features.

Engine options include a 1.5-litre turbocharged petrol unit that produces 141 bhp and 25.5 kgm and is also available with an optional hybrid tech. There’s also a 2-litre diesel engine that makes 168 bhp and 35.7 kgm. While the petrol can also be specced with a six-speed automatic gearbox, the standard choice (and the only one for the diesel) is a six-speed manual unit. The ARAI fuel economy figures are 15.81 kpl for petrol-hybrid MT and 17.41 kpl for diesel.

There are four variants on offer, namely Style, Super, Smart, and Sharp. The top-spec version gets six airbags, a surround camera, panoramic sunroof, among other things. Highlights of the MG Hector include a large infotainment screen (10.4-inch, always connected to the Internet), voice-activated commands, and of course the pricing.

MG says the Hector has been tested for a million km in India before it was put into production. More than 10,000 bookings have been made for the MG SUV already, with deliveries expected to begin in the first week of July. The company is looking at expanding the dealership network to 250 by September this year, but with 120 dealers established already, MG is clearly prepared for the demand.

To ensure customers don’t have an issue in trusting the Chinese-owned MG brand, the company also offers MG Shield. The said ownership package includes a 5-year unlimited mileage warranty, RSA for 5 years, and no labour charges on the first 5 scheduled services. In addition to that, the Hector will also be offered through Myles on a subscription basis. Also under the MG Shield is the assurance that after 3 years of ownership, you can sell your car to CarDekho, who will offer you a promised 60 per cent of the new vehicle’s sticker price. Maintenance plans start at Rs 8000 onwards for the first three years, with MG claiming a low cost of ownership: just 45 paisa per km (petrol) and 49 paisa per km (diesel).

MG Motor India’s President and MD, Rajeev Chaba said, “As MG’s first product for the Indian market, the HECTOR comes with ‘MG Shield’, a first-of-its-kind package in the Indian auto industry which provides complete assurance to our customers, as we continue to remain focused on disruption and differentiation. With the very distinctive design that also packs in safety, best-in-class features and competitive pricing, the MG HECTOR will make an impact with buyers who are looking for something very different from the normal array of cars.”