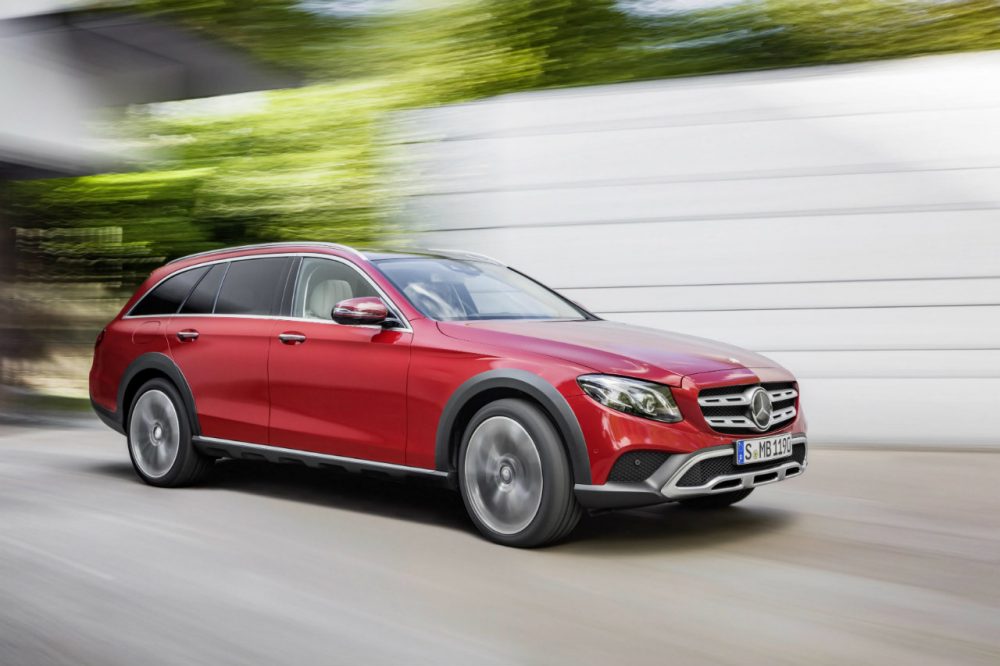 Crossover estate isn’t a new genre, but with rivals like Volvo and Audi displaying strong foothold, Mercedes Benz’s arrival isn’t surprising at all. But the Mercedes E-Class All-Terrain estate follows what’s essentially the same formula, is set to be unveiled at the 2016 Paris Motor Show, and most importantly, looks good — imposing even, with the radiator grille that mimics that of Merc SUVs.

Underneath it’s an E-Class estate but with a standard all-wheel drive system, adjustable suspension (the ground clearance can be varied between 121 to 156mm), and an all-terrain driving programme which the company claims is derived from the GLE SUV.

Engine options include the new 4-cylinder diesel unit that makes 194PS and 400Nm. Not that one should be looking at 0-100km/h claims on an off-roader but since this a crossover, we’ll excuse that; a time of 8 seconds isn’t too bad, either. A six-cylinder diesel unit will be added to the line-up at a later stage. Regardless of which engine you choose, there will be all-wheel drive and the 9-speed transmission available as part of the standard equipment.

In terms of looks, it’s the balanced design of the E-Class saloon/estate but with an added layer of ruggedness. So apart from the 19- or 20-inch wheels, there’s the different-looking bumpers, a two-fin (Mercedes SUV-like) radiator grille, black wheel arches, and sill/underbody protectors.

The car will be showcased at the upcoming 2016 Paris Motor Show, and a market launch is scheduled to happen next year. If and when it comes to India isn’t known yet, but with chances of the V90 Cross Country making it to the country, Mercedes Benz should give this a try.