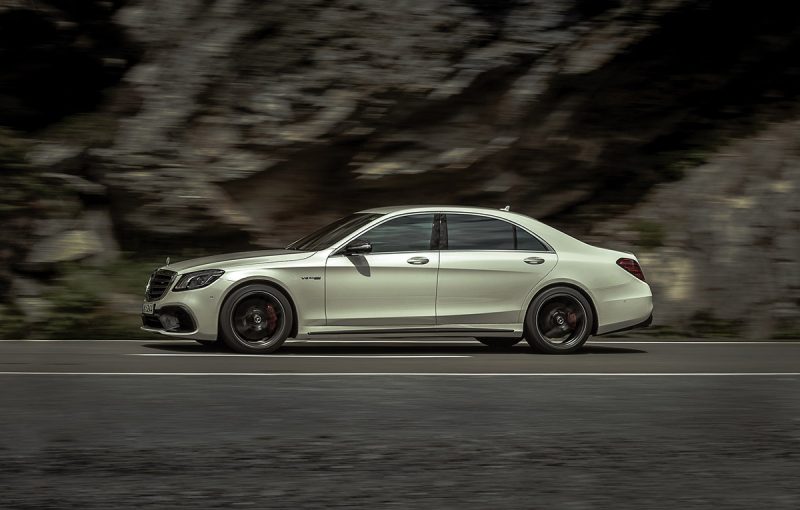 Mercedes-Benz has launched the S-Class facelift in India. Both are BS-VI compliant, effectively making the new S-Class India’s first BS-VI car. The S-Class range is further expanded by the Maybach twins that were launched at the 2018 Auto Expo.

While there will be a few fighting on whether the S-Class is the best car in the world, the company claims to have sold over 300,000 units of the S-Class saloon since the time it was launched in the latest W222 generation. That for a luxury saloon is a lot. And the figure will increase with the introduction of the facelift.

In addition to the exterior and interior upgrades, the new S-Class also gets radar-based driving assists and a new inline-six diesel engine (that’s also the most powerful by the company). There’s a panoramic sunroof, new steering wheel, six high-quality air fragrances, ambient lighting in 64 colours, a 590-watt Burmester sound system, etc. The pair of new multi-beam headlamps is the most visible change on the outside, and is complemented by new LED tail lamps, new 18-inch alloy wheels, new grille and lower bumper, etc. And of course there’s a new S-Class-/Maybach-exclusive key fob, too.

The new inline-six diesel engine makes 210 bhp, consumes up to six percent less fuel than its predecessor, and as mentioned is ready for the upcoming (in 2020) BS-VI norms. But the engine will run flawlessly on the current BS-IV fuel as well. In addition to the usual ways of controlling emissions, the engine also requires AdBlue injection, which further curbs pollutants. The other engine, a V6 petrol, makes 362 bhp and manages a 0-100 kph in just 5.1 seconds, whereas the diesel isn’t too far behind at 6 seconds. Both variants come with a 250 kph speed limiter.

The Radar-based systems on the S-Class include Active Distance Assist Distronic, which maintains a specific distance with the vehicle in front at speeds of up to 210 kph. There’s also Active Steering, Braking, and Blind Spot Assist.