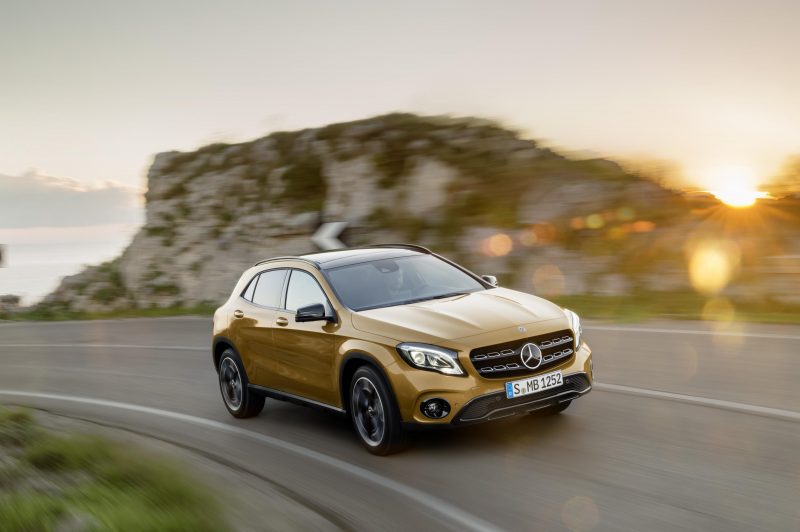 With more aggressive styling, among other updates, the Mercedes-Benz GLA will be launched in its 2017 avatar, on July 5 in India. The A-Class-based crossover SUV has been on sale in the country since 2014, while the upcoming model was showcased at the Detroit Auto Show (NAIAS) earlier this year.

It’s more aggressive than before, with LED headlamps, new bumpers and grille, all of which make it appear sharper. With an effort to make it look more in-line with the rest of the Merc SUV line-up, the new GLA gets an increased ride height, too. Other changes include a refreshed interior, with a larger infotainment screen.

Engine options currently include a 2.1-litre diesel (in two tunes) and a 2-litre petrol. In standard spec, it will continue to be front-wheel drive, while a top-spec version, like in case of the current Activity Edition, can be offered with an AWD system. The GLA 45 AMG, also offered with AWD and a 380 bhp turbocharged 2-litre engine, is also likely to be updated in the Indian market with the MY2017 changes.

Its main rivals continue to be the BMW X1 and the recently updated Audi Q3. The current car is priced at Rs 33.12 lakh onwards, ex-showroom, Delhi.