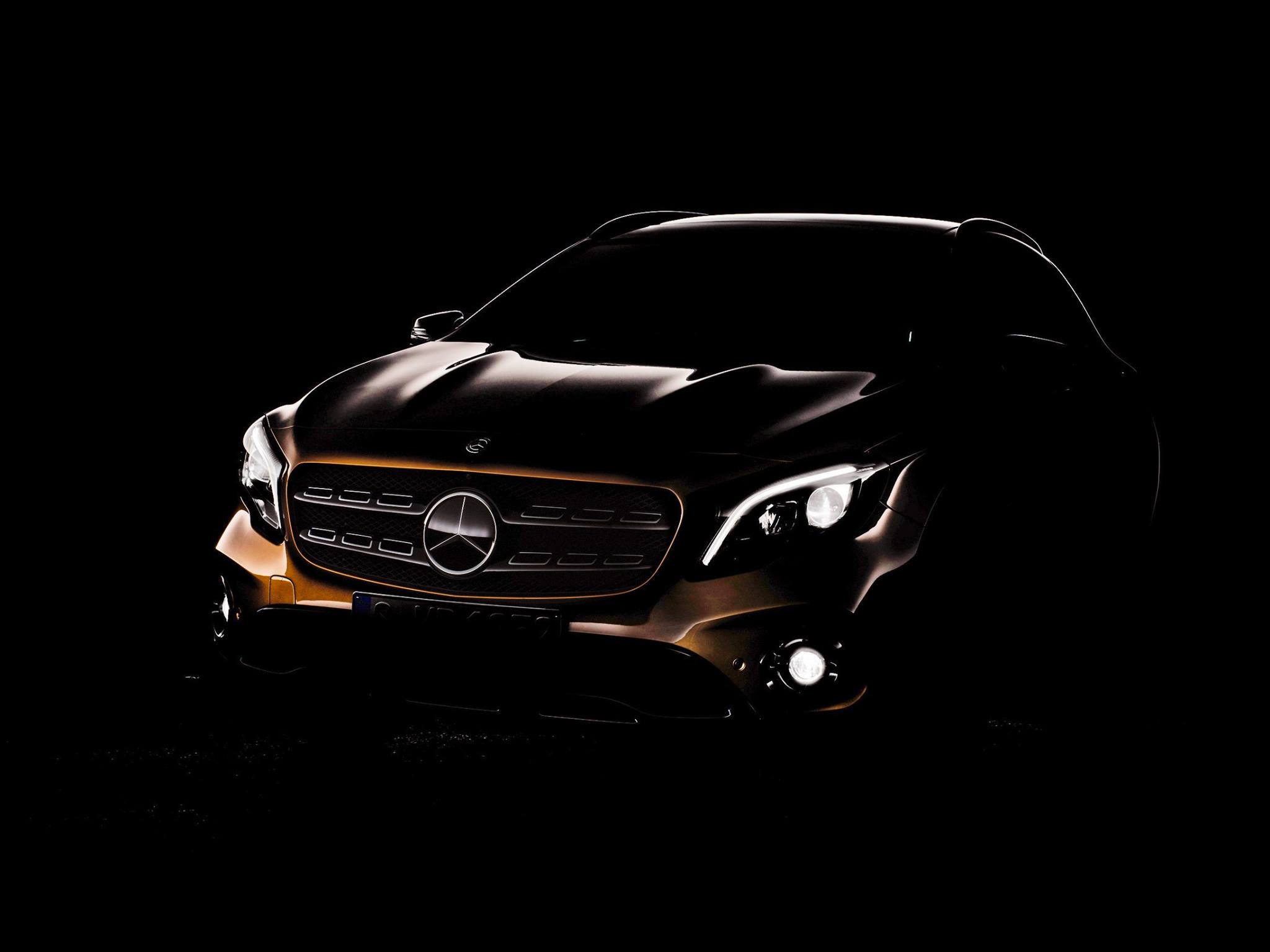 The Mercedes Benz GLA needs no introduction, for it is one of the most successful A-Class-based products that the company sells in India. The recent inclusion of an all-wheel drive system has made it more lucrative a product, and the midlife facelift will further add to it. Set to be unveiled at the 2017 North American International Auto Show in Detroit, the Mercedes Benz GLA facelift has its teaser images out already.

As can be seen in the shot, it gets a redesigned front-end, with a new radiator grille and more sporting-looking bumper. The headlamps are likely to be upgraded to all-LED Multibeam units. Since it’s a facelift, do not expect the silhouette to change, while the rear could end up getting similar updates as well — new taillamps and restyled bumper.

Don’t expect not too many changes mechanically, especially on the India-spec vehicles, whose engine range comprises a 2.1-litre diesel and a 2-litre petrol. The AWD system is limited to a more powerful variant of the former, and of course, the full-fat GLA 45 AMG. Otherwise, like other MFA – the platform which underpins front-wheel drive Mercs – products, the GLA also remains front-wheel drive in standard spec.

Changes on the interior might not be needed as far as quality goes, but let’s face it, the design is getting old. The tablet-like COMAND infotainment system looks out-of-place and -date, and it will not be a surprise if Merc gets the updated, larger unit from the GLA Activity Edition to the regular model. Said unit also gets Android Auto and Apple CarPlay connectivity choices.

Reports on the internet suggest it can go on sale sometime in mid-2017 in markets abroad, and an India arrival should ideally happen in a couple of months after that. But it must also be noted that all the eyes will be on the new E-Class (W213) that arrives here this year. But the GLA won’t go unnoticed, either.