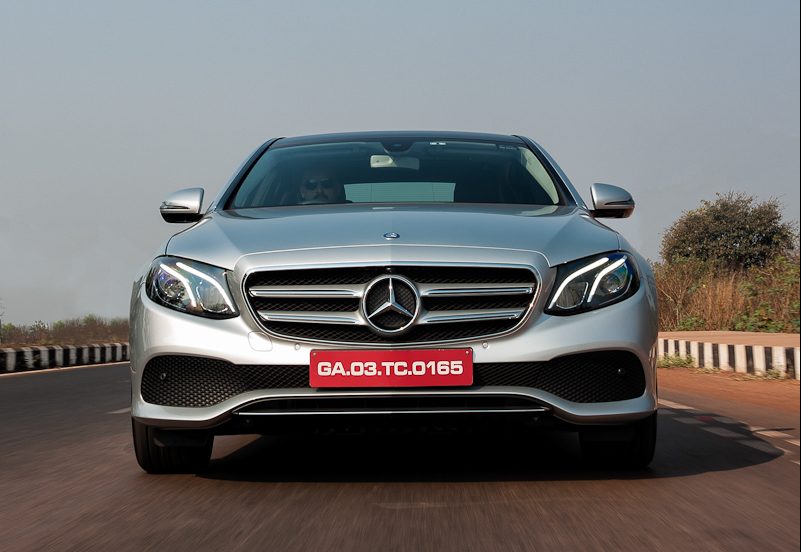 In addition to the current E 350 d and E 200, Mercedes-Benz has launched a new variant of the E-Class LWB (V213): the E 220 d. With the inclusion of the new model in the line-up, the German carmaker has also introduced a newly-developed in-line four diesel engine.

The said unit makes 192 bhp and 40.8 kgm, the latter between 1,600 and 2,800 rpm. The rear-wheel drive car comes with a nine-speed automatic gearbox, which helps it achieve a 0-100 kph time of 7.8 seconds. Blame the good performance on the fact that the new, all-aluminium engine (codenamed OM 654) is lighter by about 13 per cent in comparison to its predecessor. It also consumes 13 per cent less fuel, too, claims Merc.

Priced at Rs 57.14 lakh, ex-showroom, Maharashtra, the Mercedes-Benz E220 d is certainly more pocket-friendly (in comparison to the top-spec V6-diesel engined E350 d). Being an executive saloon, it doesn’t lose out on a lot of essential features, including the reclining seats, LED headlamps, and even the panoramic sunroof. Tell-tale signs of it being a lesser variant aside, the major omissions on the E220 d are the air suspension, Burmester speaker system.

At about Rs 4 lakh more expensive than its rivals, the Mercedes-Benz E-Class offers way more space inside, a decently long features list, and a classier-looking exterior than most others in the segment. In addition, the company is also offering an extended six-year warranty under the Advanced Assurance Program on the E 220 d, which further sweetens the deal.