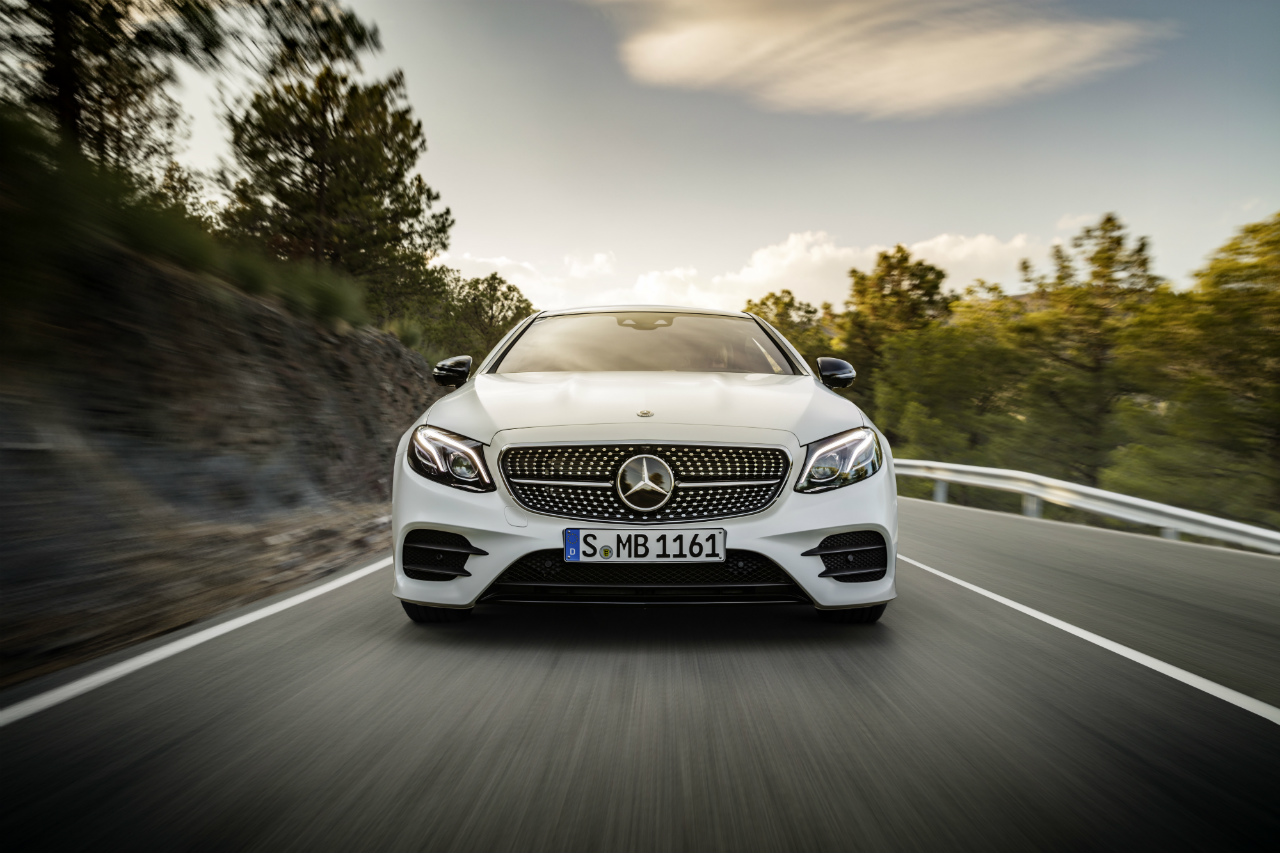 Well, it’s not a path-breaking model, the upcoming E-Class Coupe, but it sure manages to capture our attention like no other. Be it the absence of the B-pillar, the inclusion of a quarter glass next to the C-pillar, or the slightly distinct styling in comparison to other coupe siblings in the Merc line-up, the E-Class Coupe seems to hit the right tunes.

It’s based on the W213 saloon’s platform, hence the wheelbase is unchanged, but it sits lower, has fewer doors, and boasts different styling both on the outside and inside. The interior might have received the same layout as the saloon but there are some differences: turbine-like AC vents, new light wood trim packages, etc. Having said that, the opulence associated with the premium exec saloon is still very much there: multi-screen dashboard, leather interior, touch and voice input, and even 64 different colours for ambient lighting.

In comparison to the outgoing E-Class Coupe, the new one is longer, wider, and even taller. That not just makes it have a larger footprint, it also means there’s a lot more room inside. And when not ogling at the nice styling, you would appreciate the full utilisation of the centre-console-mounted screen, ready with Android Auto and Apple CarPlay.

Engine options at the time of international launch (next year) will include one diesel and three petrol units, including a range-topping 3-litre V6 petrol that makes 329 bhp and can manage 0-100 kph in just 5.3 seconds. These all will be available only in RWD spec, while Mercedes says that 4MATIC AWD-equipped versions and other engines will follow.

Semi-autonomous driving tech ‘Drive Pilot’ allows the car to autonomously maintain a safe distance behind a vehicle in front at speeds up to 210 kph. There’s also autonomous emergency braking, and other driver assists.

Prices are anyone’s guess at this point, but don’t expect a huge difference in comparison to the current prices globally. Apart from the standard AvantGarde trim, there will also be an AMG Line with slightly more sporting appearance.