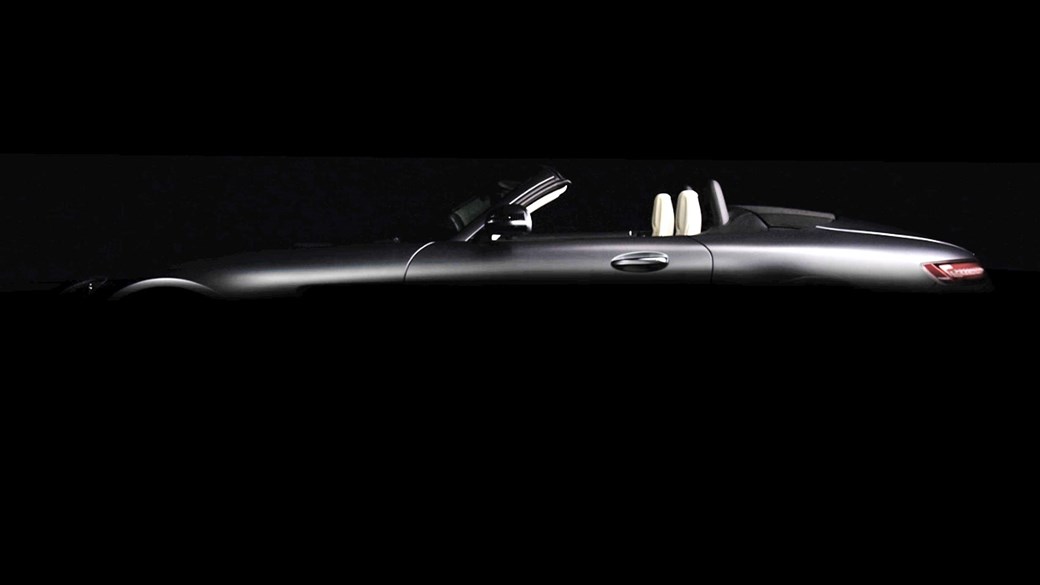 Mercedes has released a video that gives us a glimpse of what the new Mercedes-AMG GT roadster is going to look like with the top down. The car is going to be officially launched at the Paris Motor Show which starts from the 1st October.

Spy shots of the roadster being tested indicate that it will get a folding canvas-top, like the Mercedes-Benz SLS AMG Roadster. However, what cannot be confirmed is whether Mercedes might offer a temporary winter hardtop with the car.

Under the hood, the twin-turbocharged 4.0-litre V8 is expected to reprise its duties in the 463 bhp and 503 bhp ‘GT S’ guises. In future we can expected to see a roadster version of the GT R too hitting the market.
With this, Mercedes-AMG has the Porsche 991 Cabriolet firmly in its sights, even though it AMG GT C is going to strictly be a two-seater