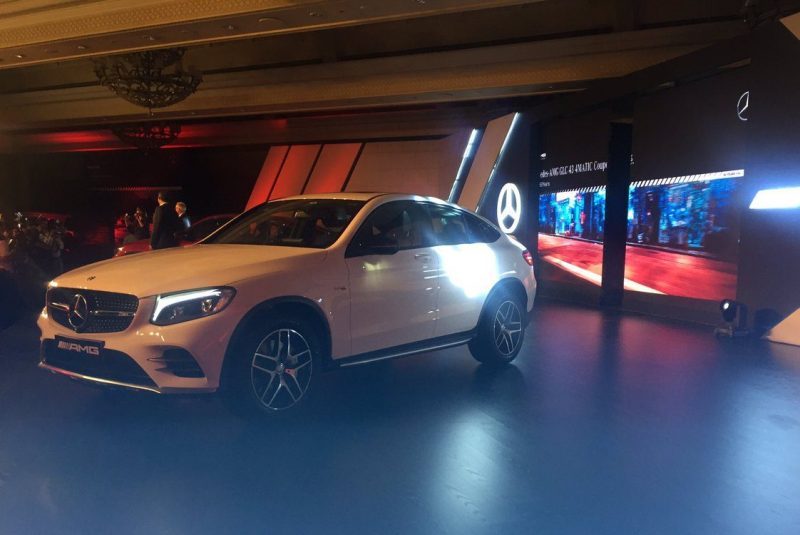 Another SUV Coupé? You have two options: you can either shudder at the thought of one, or like a saner individual, look at its plus points. Because the Mercedes-AMG GLC 43 has quite a few of those. To start with, it’s another of the 43-branded vehicle, and at Rs 74.8 lakhs, it’s in the same ballpark as the rest.

Earlier known as the AMG Sport line, the AMG 43s aren’t quite the full fat 63/65 ones, but offer a great real-world performance. Of course there are the AMG goodies both in and out, including standard 19-inch alloys, sporting bodywork, black leather with red stitching, etc.

The Mercedes-AMG GLC 43 also gets a adjustable sports suspension, a nine-speed automatic gearbox, an all-wheel drive system, and a 3-litre V6 which makes 362 bhp — good enough to make the vehicle reach 0-100 kph in 4.9 seconds, and a top speed of 250 kph (limited, should you wonder).

The company also announced the opening of two new AMG Performance centres this year — in Chennai and Kochi. Which is indeed the right direction, considering the demand for AMGs has increased by 44 per cent in 2016, with 100,000 units sold globally. In India, Mercedes has managed to sell a record 7171 units in the first half of 2017.