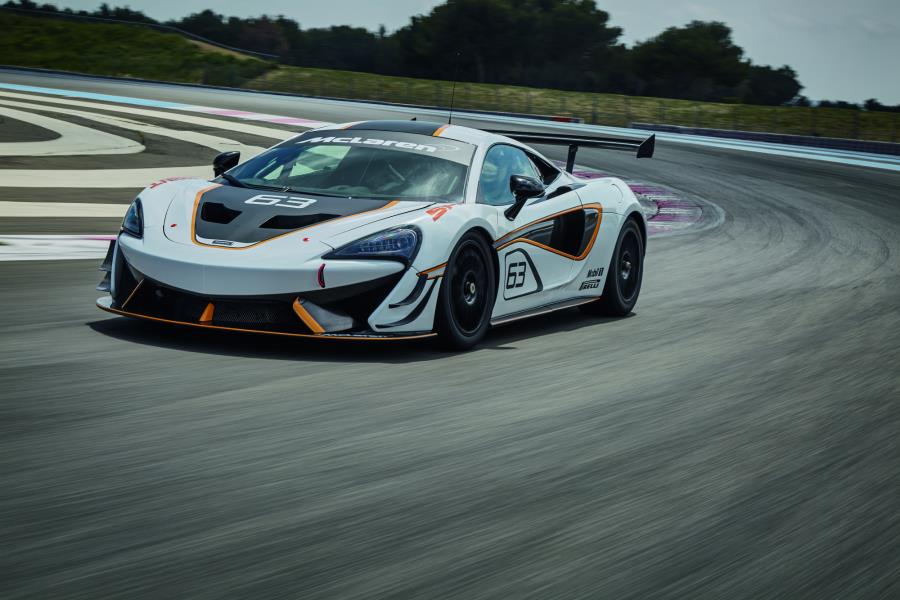 What if you can afford a Mclaren 570, but wished it was suited more for the track? But you dont want it to be fettered by all the restrictions that come with homologating a car for a racing series, like a limit on the power output. The Mclaren 570 Sprint might just be the answer for you then. It’s not road legal, mind you, so you cant drive it a 10 kph around Harrods. But it does adhere to Britain’s rather strict track noise regulations, making it a track-only model. And it will make its global debut at the Goodwood Festival Of Speed

What Mclaren has done is, they have taken a normal 570S left the carbon-fibre MonoCell chassis and the suspension untouched and stripped away everything else, along with giving it more aerodynamic downforce. So up front the splitter has been made more aggressive, along with ‘dive-planes’ on the side. Behind, instead of the normal 570’s active spoiler there is a fixed carbon-fibre wing, and calling it huge would be an understatement. Other goodies are centre-locking magnesium alloys shod with Pirelli racing slicks, additional cooling via a Gt3-inspired radiator mounted front centre and an optional air jacking system for fast tyre changes. Inside, it gets an FIA-approved roll cage with most of the luxuries bits of interior stripped away to save weight. If you want to scare another person (along with yourself) on the track, a passenger seat is optional, although a racing seat with a six-point harness is fitted as standard.

Mclaren has not released any power or torque figures for the 570S Sprint, only saying that it the 3.8-litre twin-turbo V8 has been ‘optimized’ for track use. They have announced a price though, and it’s 148,000 pounds (1.48 crore), with deliveries starting from next year. Should you wish, Mclaren has also developed a GT4 compliance package for the Sprint which will make the necessary modifications to allow the car to compete in the racing series. Quite a bargain, then.