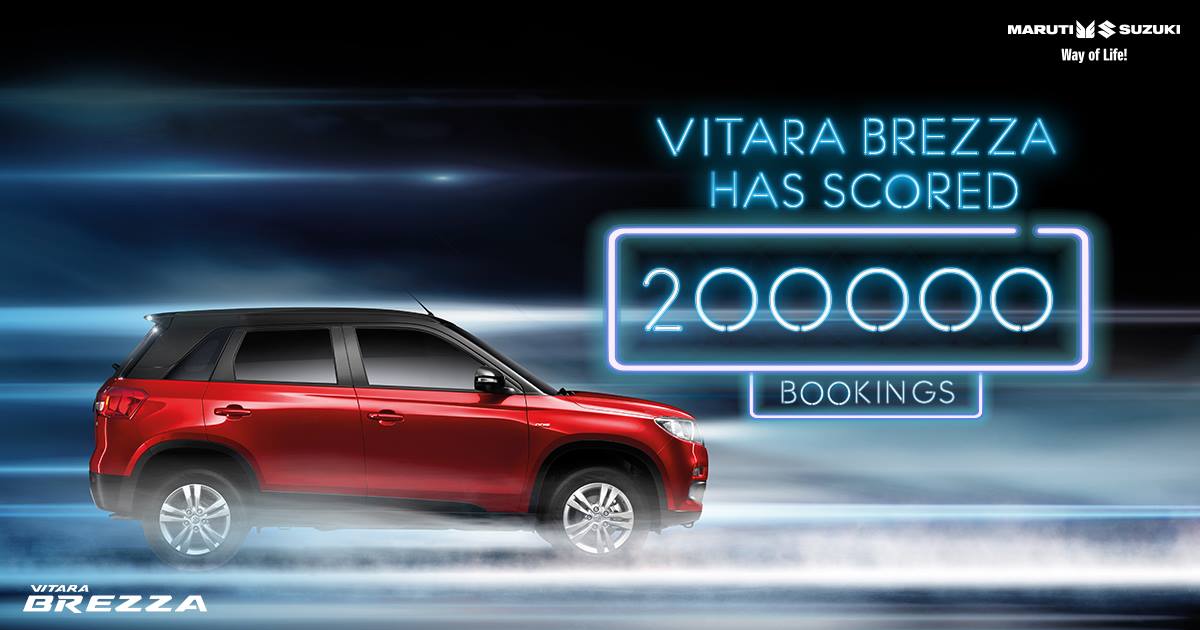 After a great response from the market, and having won the Indian Car Of The Year award, it would seem the Vitara Brezza had achieved everything. But there’s clearly no stopping the success of the sub-compact SUV. It’s managed to garner more than 2,00,000 bookings since launch. That in less than a year is nothing ordinary.

Currently available in a diesel engined version only (with a Fiat-sourced 1.3-litre unit), the Vitara Brezza manages about 10,000 despatches every month. The segment is awaiting new entrants like the Tata Nexon, Honda WR-V, Ford EcoSport facelift, etc, so it’s going to be interesting to see if the Brezza can continue with the momentum.

A petrol-powered version and an AMT are possible future variants, although official announcements haven’t been made.