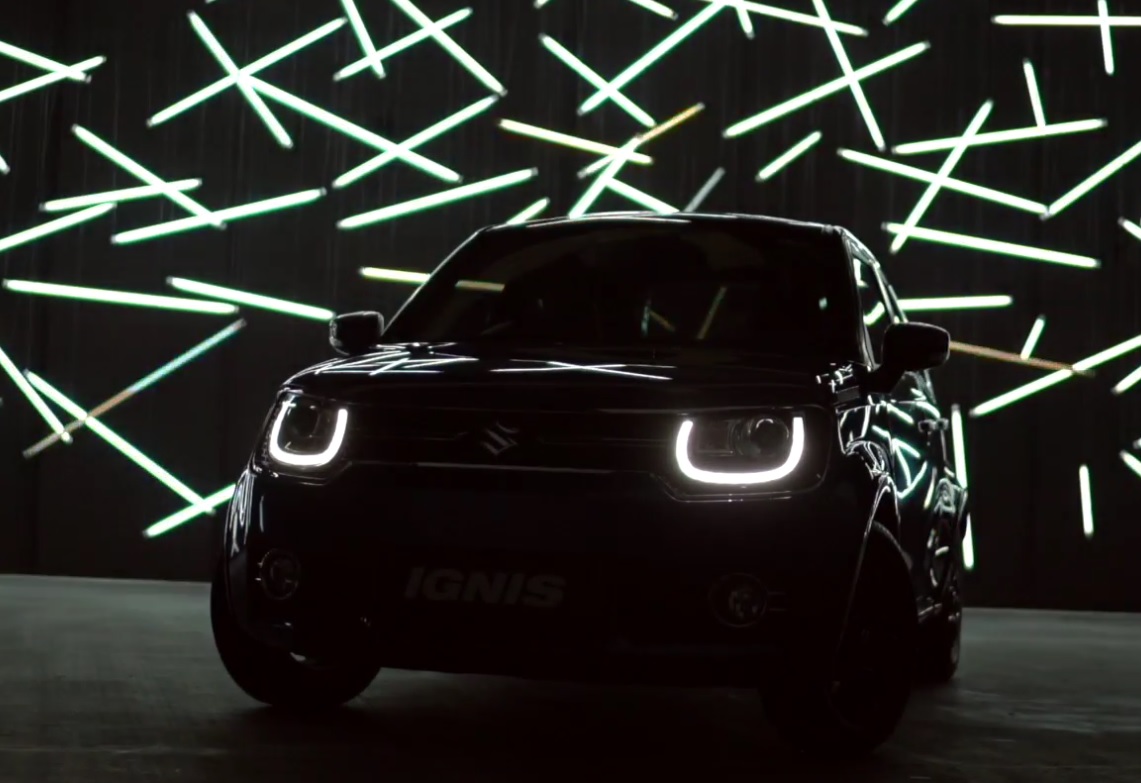 If one was to retrace Suzuki’s motorsport history, it would have been impossible to not include the little but very potent Ignis. So when the new one makes an expected market debut next month, chances are it will be met with much anticipation. Showcased at the 2016 Auto Expo (in a production-ready concept form), the Ignis has its teaser up on the NEXA website already.

Set to go against other small-size crossover hatchbacks like the KUV100, the Ignis is 3.7 metres long and continues with Maruti’s successful tradition of making cars lightweight — this one weighs about 810 kg in the European spec version. Unlike other crossovers, the Ignis doesn’t depend on faux skid plates and plastic claddings, but instead appeals with its boxy design and an upright stance.

Given that it will be positioned as a premium offering in Maruti Suzuki’s line-up — hence to be sold at NEXA outlets — the Ignis will boast a feature-rich interior. Like other recent offerings, it will also get the Apple CarPlay- and Android Auto-equipped touchscreen infotainment system. At 267 litres, the luggage space doesn’t look too bad, considering the car’s size; you can fold the rear seats and increase that to 514 litres.

Engine options are likely to include a 1.2-litre petrol and a 1.3-litre Fiat-sourced diesel. In certain markets a 1.2-litre Dualjet engine with mild-hybrid tech will be launched, although its Indian launch is unlikely. We thoroughly wish the 1-litre turbocharged ‘Boosterjet’ unit makes it to the car at some point.

As we near the implementation of BNVSAP (Bharat New Vehicle Safety Assessment Programme), MSIL is likely to offer standard ABS and airbags on the Ignis. It must also be noted that the car, when tested for its crash safety, was awarded a three-star rating for the base model and a five-star one for the fully specced one. The version with six airbags and camera-based driver aids is unlikely to make it to India, though.