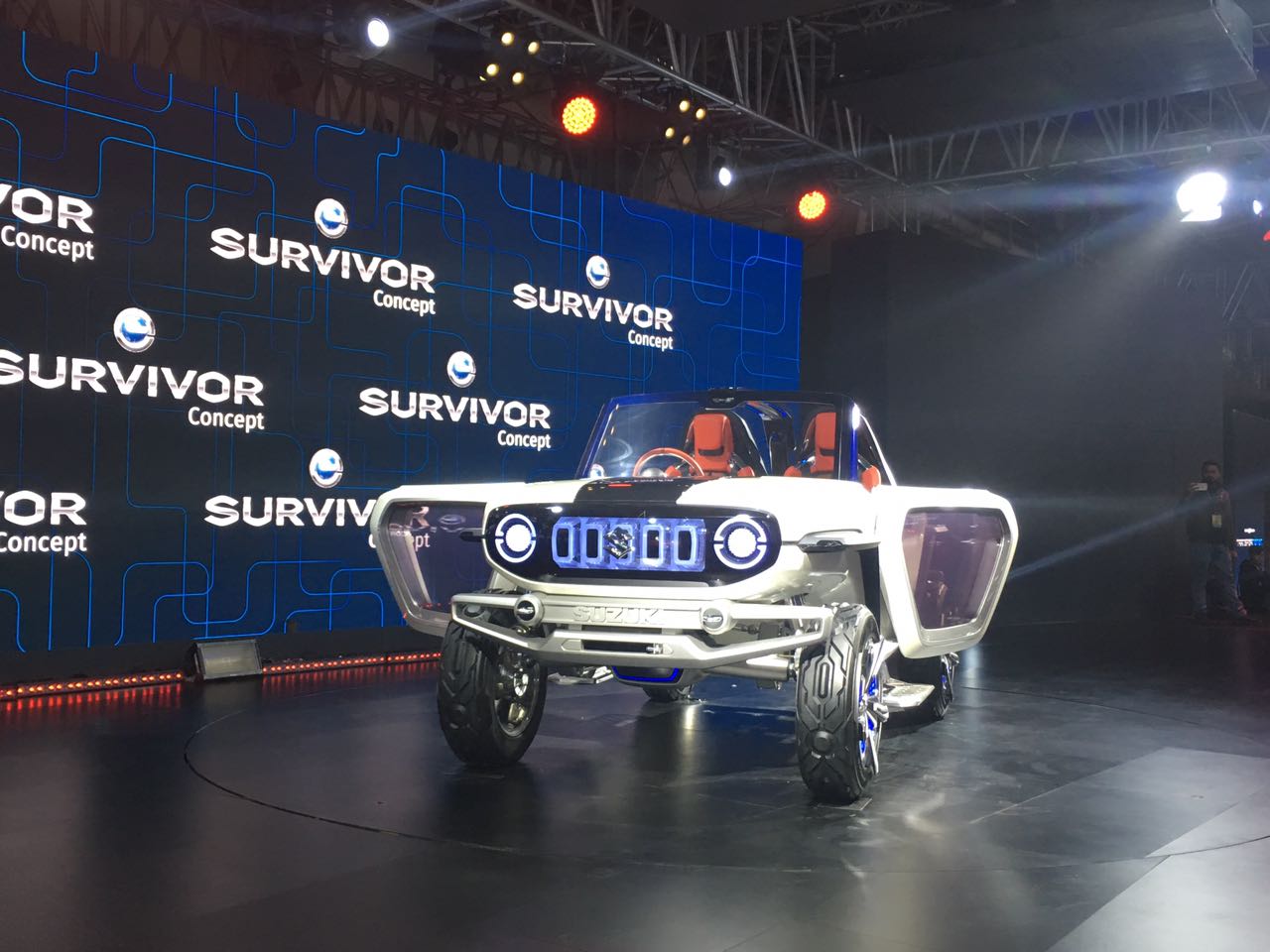 The new Suzuki Jimny may be about a year away from being available in markets abroad, but there’s something exciting at Maruti Suzuki Pavilion at Auto Expo 2018. It’s called the Suzuki e-Survivor concept, and gives a glimpse of off-roaders from the future.

By mentioning future, it’s clear that there’s some sort of electrification, isn’t it? Well, there is. It also boasts autonomous driving abilities. And it’s not short of connected tech features, either, with the ability to gather information about topography, nearby vehicles, weather, and more, states Maruti’s announcements.

But by doing all of this, the e-Survivor, which originally was unveiled last year in Tokyo, doesn’t forget the basics. It continues with a lot of styling cues from Suzuki 4WD vehicles. Based on a ladder frame chassis, it also boasts an all-wheel drive system, with electric motors mounted on each wheel for an independent control and power. The autonomous driving mode can also be turned off when you want to take the vehicle off the road.

At 3.4 metres in length, it’s got two seats, an almost-upright windscreen, a rollover hoop behind the seats, and transparent doors. The front is a clear homage to vehicles like the Samurai/Gypsy, and Jimny.

Maruti says that the e-Survivor is the ‘F.A.C.E of Suzuki’s intent for future mobility. It encompasses all future possibilities: Four-wheel drive, Autonomous, Connected, and Electric.”