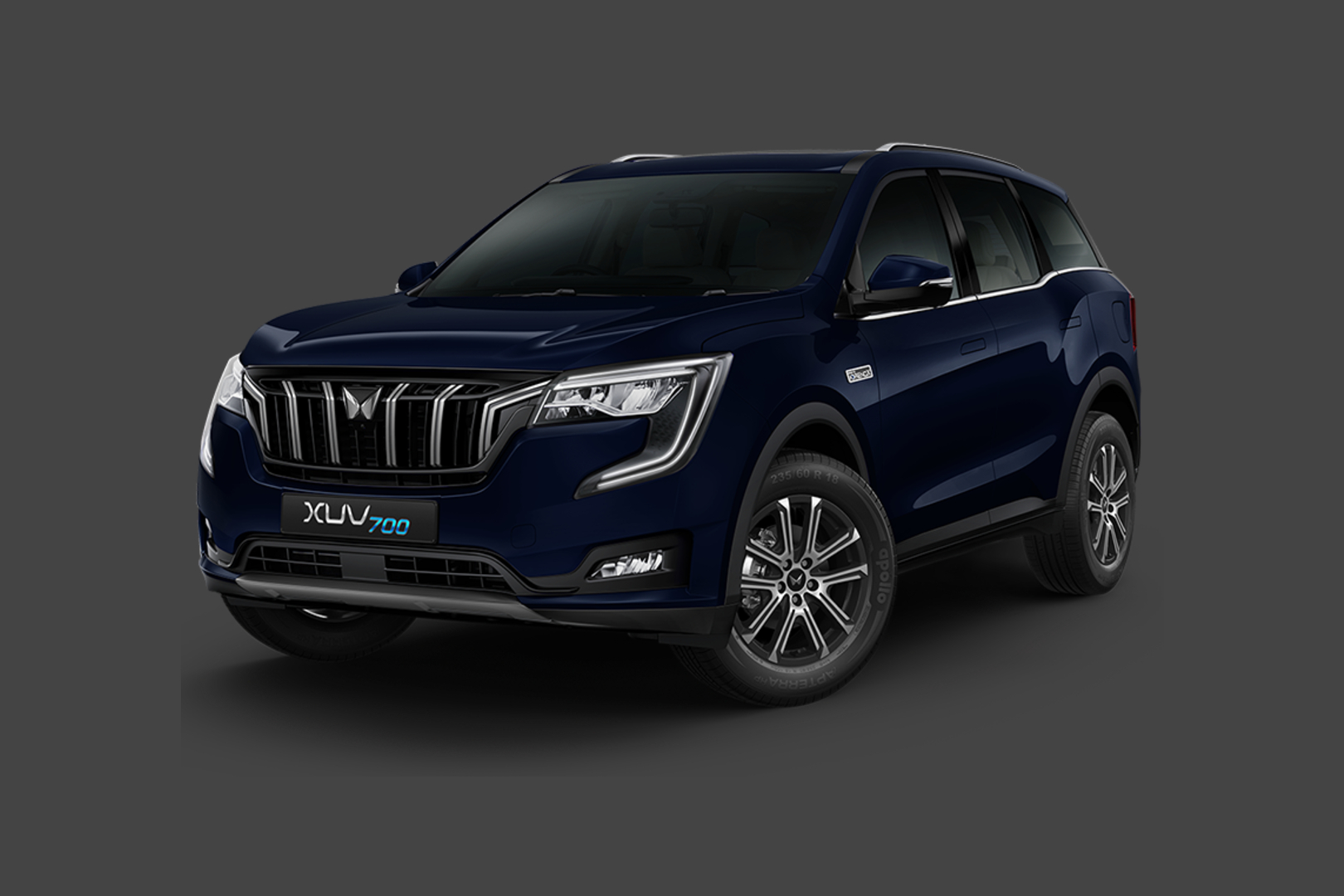 After teasing the world with short snippets of the Mahindra XUV700, it’s finally been unveiled. Available in five- and seven-seat configurations, the XUV700 is loaded to the gills with features. And it even scores high on safety tech.

Up front, you’ll notice Mahindra’s new Twin Peaks logo on the grille which is flanked by the huge C-shaped LED DRLs. Then, you have the first-in-segment pop-out door handles and 18-inch alloys. The rear seems quite busy with the angular LED taillights. Overall, the car looks quite sharply designed. Inside, there is a lot going on as far as technology is concerned. The dash gets two massive 10.25-inch screens. The centre screen shows the infotainment system which now runs on the latest AdrenoX interface with Amazon Alexa in-built. Yes, that means you can give voice commands. We believe, all you have to say is, ‘Hey, Alexa, switch on the AC’ or any command that you wish. The other screen gets a fully digital instrument cluster.

Apart from that, it also features wireless Android Auto and Apple CarPlay, a wireless charger, dual-zone climate control, an electronic parking brake, a six-way electronically adjustable front seat with memory, a 12-speaker 3D sound system custom-built and designed by Sony, among many other things. 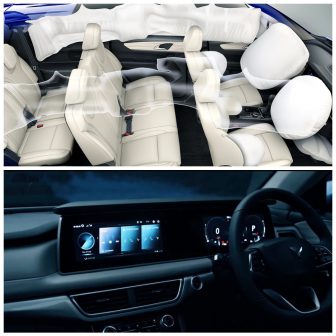 On the safety front, the main highlight definitely has to be the optional ADAS (Advanced Driver Assistance Systems) on offer. This includes Forward Collision Warning (FCW) and Autonomous Emergency Brakes (AEB). The former will warn you of a possible collision and if there’s no reaction from the driver then AEB is engaged to stop the car. Apart from this, you get lane departure warning, lane keep assist, adaptive cruise control, smart pilot assist, traffic sign recognition and driver drowsiness detection. In addition to that, there are seven airbags on offer along with the usual safety features like ABS with EBD. Furthermore, you get customised voice alerts for speeding and the front seatbelts come with lap and retractor pre-tensioners.

Coming to the powertrain options, the XUV700 comes in both petrol and diesel guise. It’s the 2.0-litre four-cylinder option that’s the most powerful of the two. It produces 197 bhp and 38.74 kgm of torque. While the 2.2-litre four-cylinder diesel is available in two states of tune. One produces 153 bhp and 36.71 kgm of torque, which will be seen on the entry-level diesel variant, while the other is bumped to produce 182 bhp and 42.8 kgm of torque (45.8 kgm for the automatic gearbox). Speaking of the gearbox, both the engines can either be paired with a 6-speed manual or a 6-speed auto gearbox. Oh, and we’re happy to report that there will also be an all-wheel-drive option available.

The XUV700 will be available in four trims: MX Series, AdrenoX AX3, AdrenoX AX5 and AdrenoX AX7. Mahindra said that the XUV700 is for everyone. And they really meant it. The 197-bhp entry-level MX petrol variant starts from Rs 11.99 lakh, ex-showroom. While Mahindra has only revealed the prices for four of its variants available in the five-seater and manual gearbox combination. As for the other three variants, the MX diesel variant is priced at Rs 12.49 lakh (ex-showroom), while the AdrenoX AX3 and AdrenoX AX5 petrol variants are priced at Rs 13.99 lakh and Rs 14.99 lakh, ex-showroom, respectively. Later down the line, it will reveal the prices for its top-spec AdrenoX AX7 trims as well.

The XUV700 competes against the likes of Hyundai Alcazar, Tata Safari and MG Hector Plus. And from how Mahindra has priced it, it is sure that the XUV700 will give a few sub-compact SUVs a good run for its money.