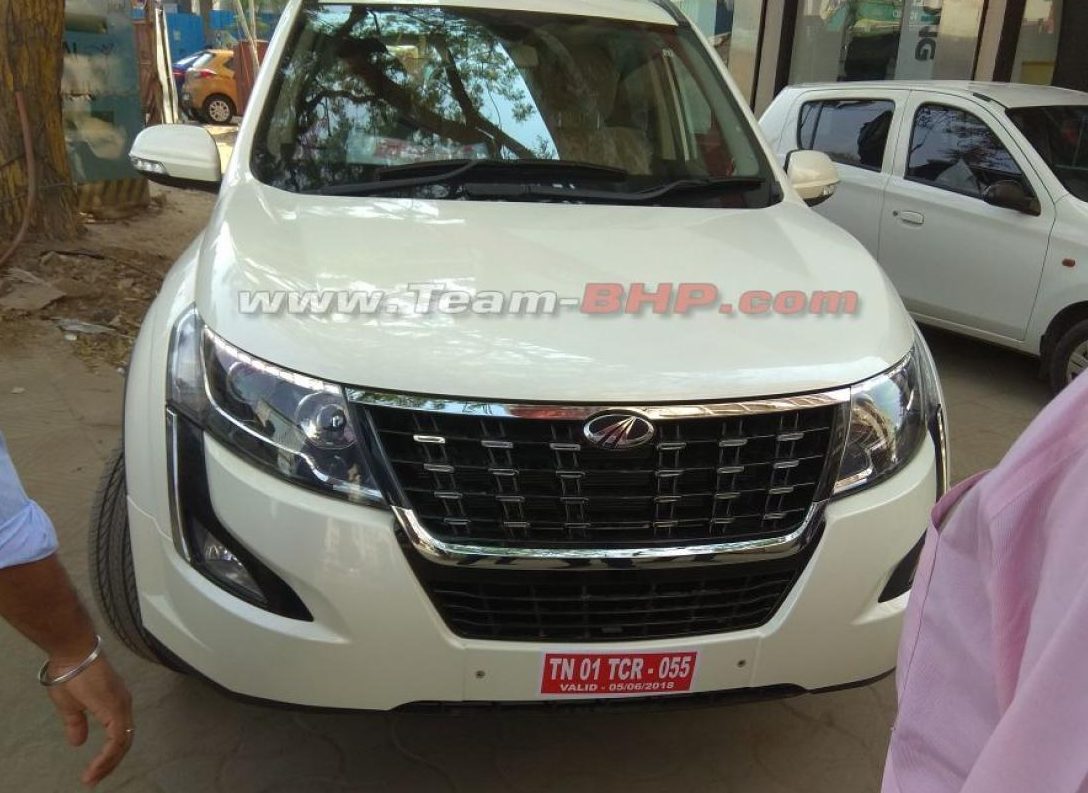 While testing cars for a carmaker is a never-ending business, a camouflaged test mule often reveals the possibility of an imminent update. We spotted an XUV500 covered under one of Mahindra’s psychedelic wraps in Chennai. It was clear that Mahindra was working on a refreshed version. Now Team-BHP has posted pictures of a completely camouflage-free XUV500, along with suggesting that the vehicle will be launched next month (April 2018).

The front, as you can see in the photo, gets a new grille, dollops of chrome, new headlamp design and a refreshed bumper. The second photo (below) reveals a new pair of tail lamps, which lends it a completely different look. The position of badges has also been changed, there’s a new pair of reflectors right atop the bumper, while it seems Mahindra will continue with the dual exhausts, too. 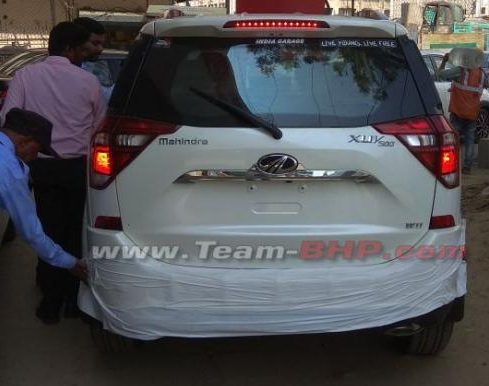 Other updates are expected to be in the features list and the interior. Underneath it’s going to be the same vehicle as before, with a FWD platform and optional AWD available. Engines might see a bump in power, given that the Scorpio has been uprated too and Mahindra won’t ideally like to let these two overlap. Reports suggest that the 2.2-litre diesel engine can be tuned to make close to 160 bhp in the XUV500 facelift.

The company is also working on the new Ssangyong Rexton. Showcased at the Auto Expo 2018 last month, the full-sized SUV will be positioned atop the XUV. As you must have read already, Mahindra will use its own branding and not Ssangyong’s for the Rexton this time. The display vehicle at the motor show had a well-made interior and smart looks. Both of which are bound to work well in the segment.