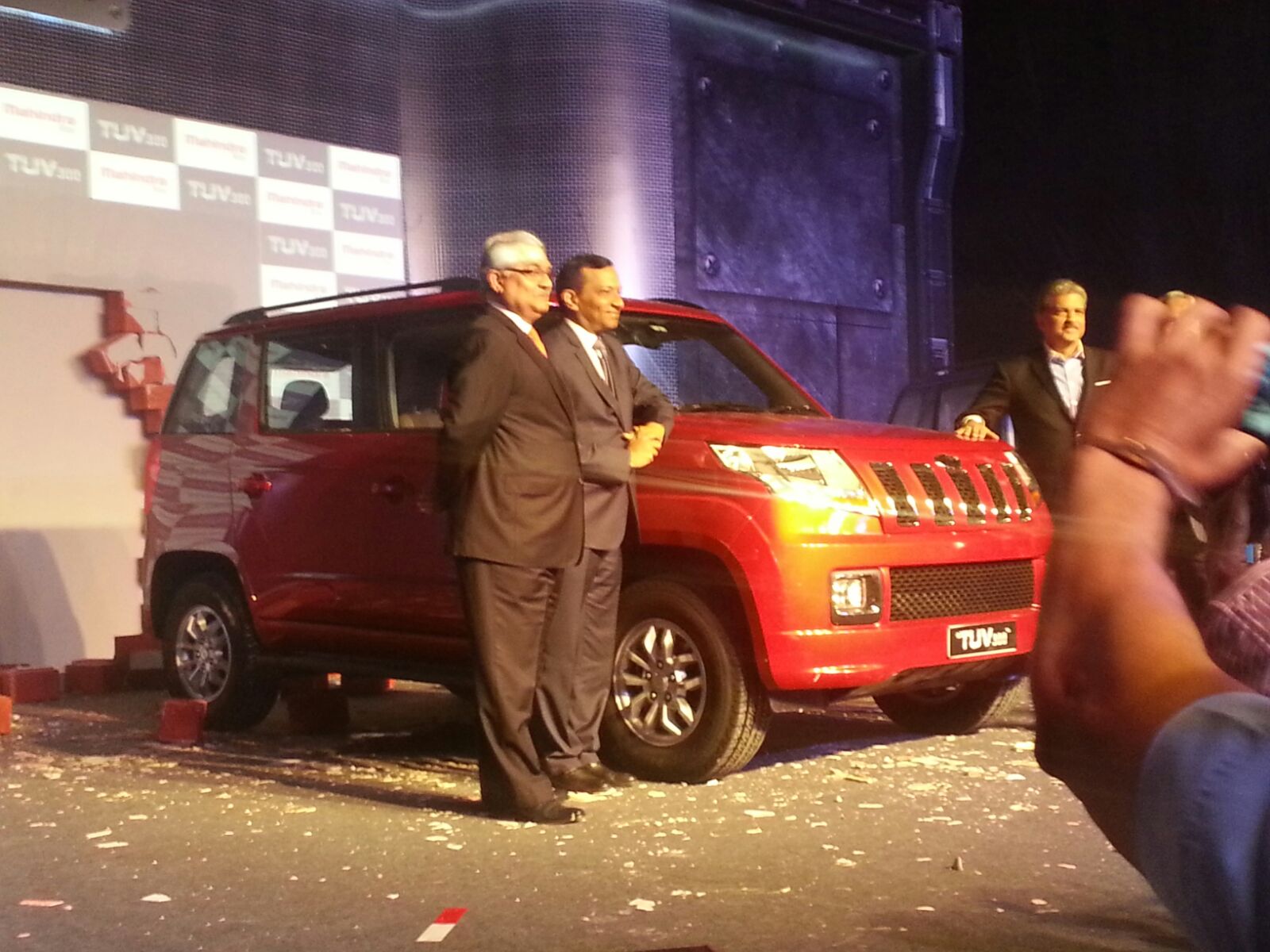 Mahindra has launched its latest product, the TUV 3oo, at an introductory price of Rs 6.9 lakhs. The TUV 3oo competes with the likes of the Ford Ecosport, Renault Duster, Hyundai Creta and even the Honda Mobilio, according to Mahindra. How it differs from the others is, it is a ladder-frame chassis with a traditional rear-drive format. It also offers the segment’s first start/stop system and AMT gearbox.

The TUV is powered by a new engine, the 3-cylinder 1.5-litre mHawk engine that produces 84 bhp and 23.5 kgm. It is rated at 18.49 kpl as per the ARAI ratings. According to Mahindra, the TUV 3oo also meets crash safety requirements that will come into effect in India in 2017, and ABS is an option on all the variants. Speaking of which, there are seven variants and six colours to choose from – blue, red, orange, white, silver and black. There will be accessories as well, as shown in the green car in the images. The mud is on the ‘weekend’ options list, we believe.

The complete list of prices and variants is as below:

All prices are introductory ones, and ex-showroom, Pune.