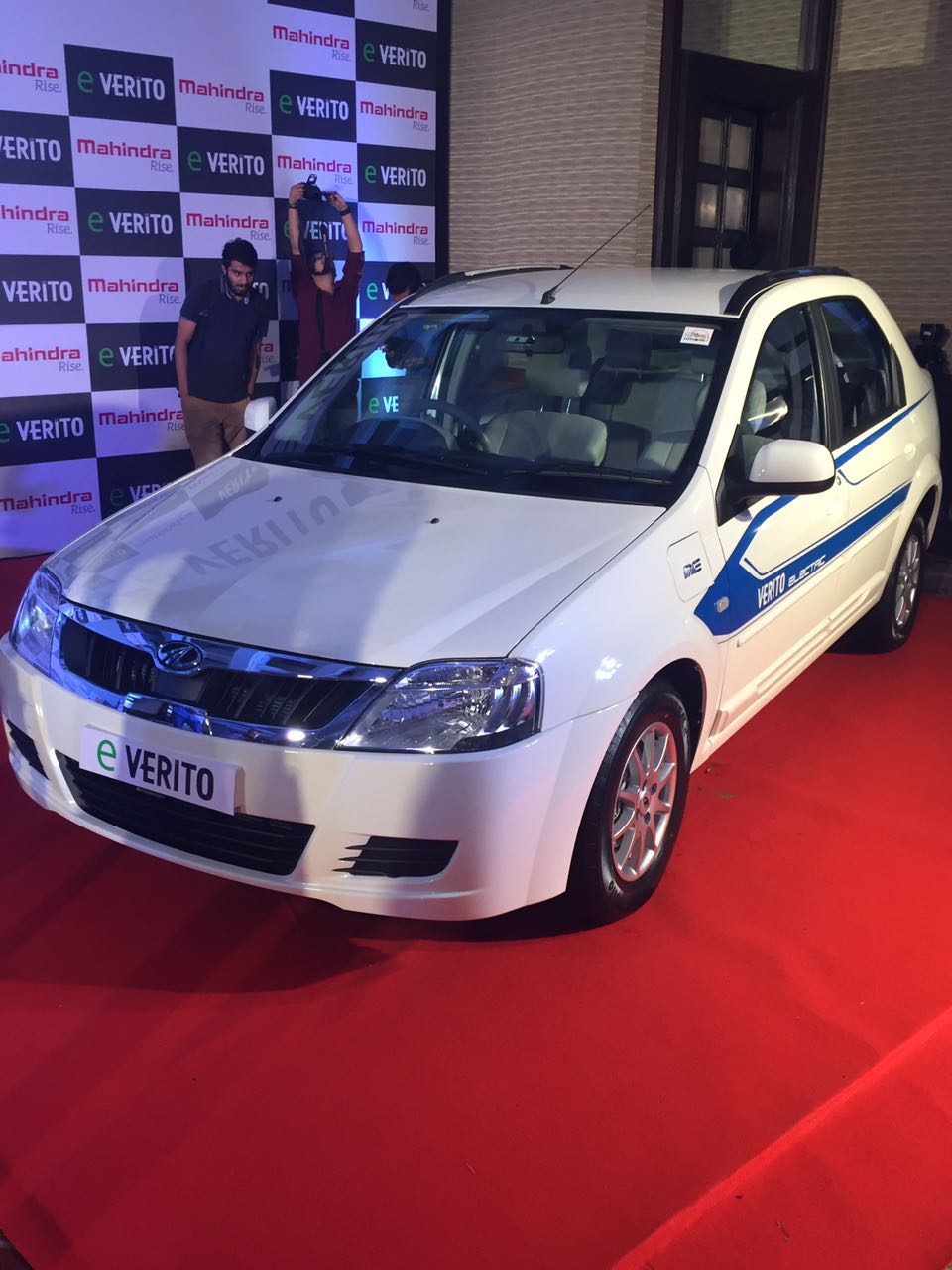 Mahindra has launched an all-electric version of their Verito sedan, called the eVerito, at Rs 9.5 lakh for the base D2 variant. Other than the base variant, there are two more variants, with the range topping off at Rs 10 lakh for the D5 variant.  These prices are ex-showroom Delhi and are inclusive of the state and national subsidies for hybrid and electric cars.

Although the eVerito shares the same electric powertrain architecture with the Mahindra e20, the ability to charge the batteries through regenerative braking is unique to the eVerito. The batteries are lithium ion ones, with a 72V capacity and capable of providing a range of 110 km on a full charge. The range of course, is dependent on a number of factors like the payload carried, temperature, style of driving etc and will reduce if frequent excursions are made to its top speed of 86 kph. Mahindra has claimed that the eVerito’s batteries can be charged to 80 percent in an hour and 45 minutes at one of the Mahindra Electric Fast Charging stations. At home, if the car is being charged using a common 15 Amp charging point, a full charge will take 8 hours and 45 minutes. Mahindra also provides a ‘Revive’ feature which allows a eVerito to gain an extra 8 km of range in emergency situations in order to reach the nearest charging point. Along with the Revive, a Boost Mode is provided which can momentarily provide extra power iwhen used. The onboard Telematics is used to monitor around 190 performance parameters and is able to provide the owner with a number of statistics like charging patterns, ECO points earned, C02 saved and distance traveled.

Mahindra has said with the launch of the eVerito they are going to widen their network of fast charging stations using government incentives like FAME. The eVerito is substantially more expensive than its internal combustion engine counterpart, with the fossil fuel burning Verito priced at Rs 7.13 lakh (ex-showroom, Delhi) for the base version. Although the eVerito benefits from a lower running cost at Rs 1.15/km, with the calculation based on a range of 110 km and the price of electricity at Rs 7/unit.