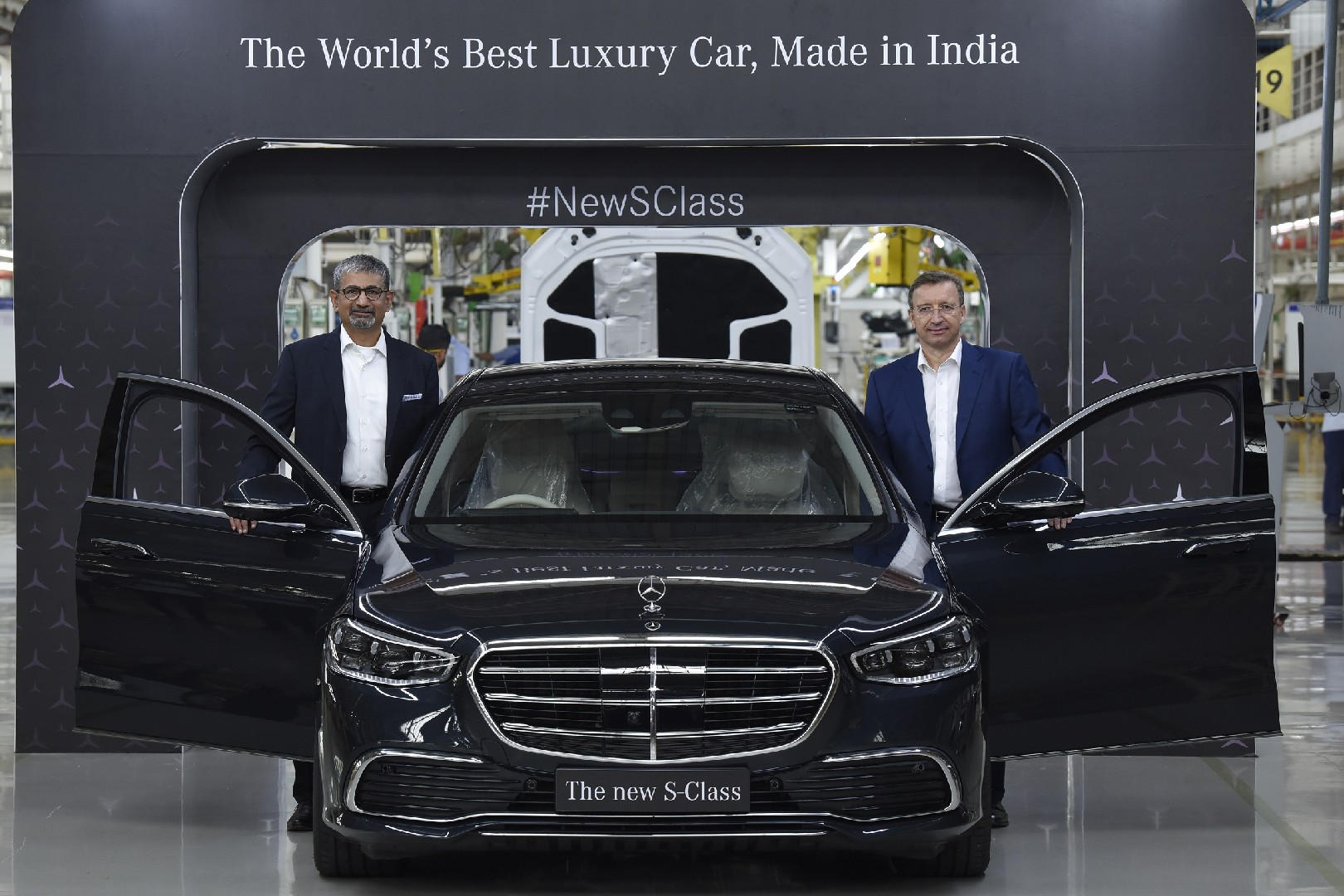 After successfully selling off the 150 CBU of the all-new S-Class Launch Edition, Mercedes-Benz India has launched the locally-assembled (CKD) S-Class! Available in two variants; it now gets a slightly low powered S350d for Rs 1.57 crore, while the S450 is priced at Rs 1.62 crore (all prices ex-showroom, India). That’s a staggering price drop considering the Launch Edition variants retailed for Rs 2.17 crore (S400d) and Rs 2.19 crore (S450). And with that remaining Rs 60 lakh, you could probably have the all-new GLC in your garage.

The locally-assembled S-Class isn’t going to be much different than the CBU ones except for the diesel variant. On the CKD S-Class, the S400d is replaced with the S350d. The difference in the performance is not substantial, however. Here, the S350d produces 284 bhp and 61.18 kgm of torque, while the S400d produces 326 bhp and 71.3 kgm. Both the models are powered by an in-line six-cylinder diesel. There’s no change in the S400 petrol engine, it still produces 362 bhp and 51kgm of torque. In addition to that, the 48-volt hybrid system adds another 22 bhp and 25.49 kgm. The Mercedes-Benz S-Class Launch Edition came with many cool features and one of which was the rear-wheel steering. Here, the rear-wheel steering isn’t a standard feature and comes with 19-inch wheels.

Anyway, the CKD S-Class isn’t short of other features like the 12.3-inch digital instrument cluster, a 12.8-inch OLED touchscreen infotainment system with the latest MBUX software, 64-colour active ambient lighting, electronically adjustable front and rear seats with massage function and a chauffeur package. This pack allows the rear seats to recline and then it brings up the leg rest and also allowing the rear passengers to move the co-driver’s seat ahead to create more leg room. You can read about our experience with the S-Class here.