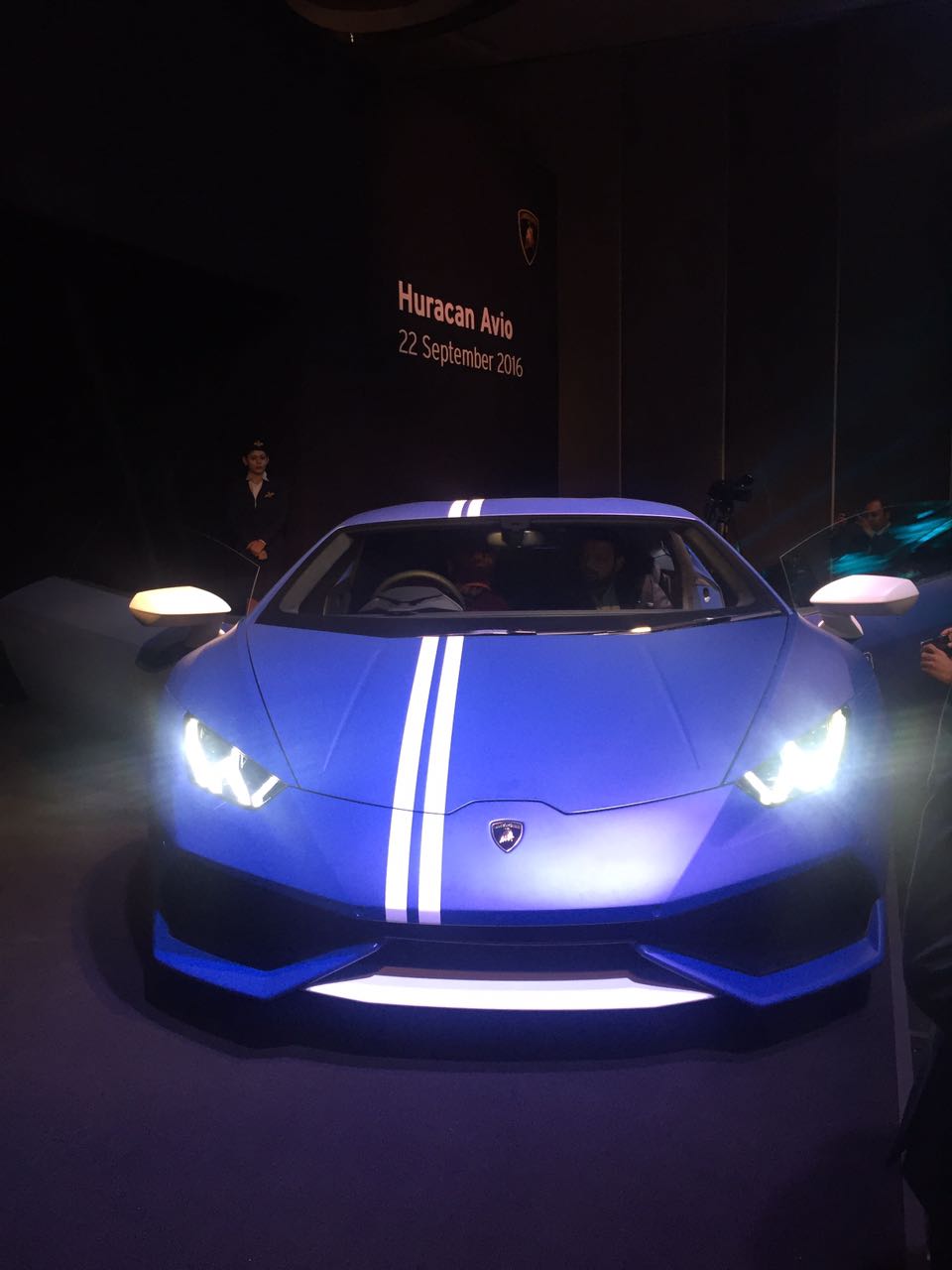 It wouldn’t be a Lamborghini model if it didn’t spawn a million special editions over its production lifetime. The Huracan Avio, which has been launched in India is one of them. Created as a nod of appreciation towards the Italian Air Foece, only 250 of these matt painted specials are going to be made by the Italian manufacturer. There will apparently be only a five day window during which the car can be booked.

Huracan Avio is mechanically identical to a Huracan 610-4, and is powered by the same 90 degree V10 producing 602 bhp and performance figures are identical. What is different is a new color range, named after the coats of arms of the Italian Air Force, eg Grigio Falco, Verde Turbine and this blue featured here, called the Ble Grifo. All the colors are offered with a pair of offset matt stripes, in white or grey.

The relation to the Italian Air Force is strengthened with the placement of the air force roundel on the exterior and stitched into the alcantara in the interior, together with the ‘L63’, where L stands for Lamborghini, and the 63 alludes to 1963, the year work on the first Lamborghini, the 350 GT started.