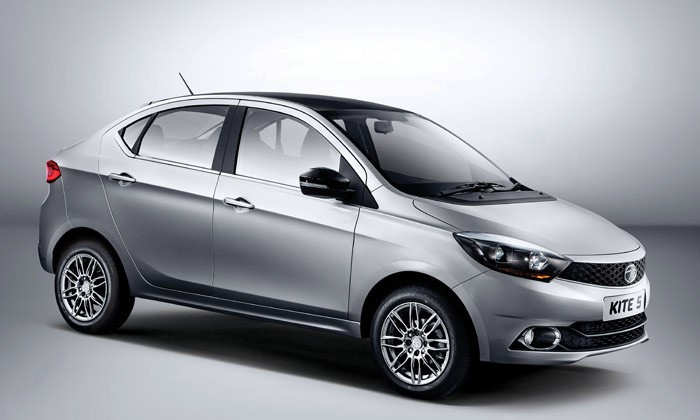 Tata Motors has officially announced that the Kite 5 compact saloon, showcased at the Auto Expo last year, will be called Tata Tigor. The launch announcement will follow ‘soon’, the company added.

Apart from the segment-topping boot space, with the slightly different shape — Tata calls it ‘Styleback’ — the Tata Tigor promises to break monotony in the segment. It’s based on the same platform as the Tata Tiago, but given its larger dimensions, it won’t be surprising to see Tata offer more powerful engine options for the saloon.

AMT is also something that’s grown popular rather recently, and its presence on the Tigor will be greatly appreciated. No announcement has been made regarding that, but considering the Tiago has been spotted with an AMT unit and the Zest has had one, the Tigor is likely to get the optional automated gearbox, too.

With an overall package and pricing that competitors find tough to match, the Tiago has made its mark in the segment. We expect the same from the Tigor; don’t we?