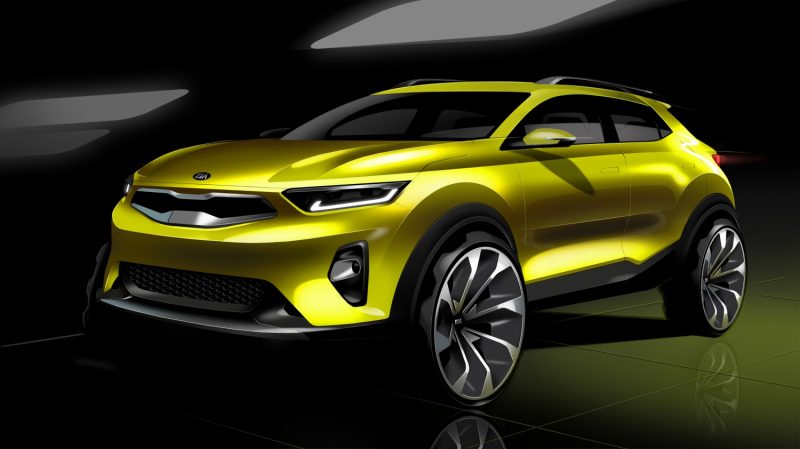 Said to boast a design inspired by larger SUV offerings by Kia, the upcoming Stonic SUV has been revealed through design sketches. The vehicle, scheduled to go on sale in certain markets later this year, shares its platform with the Kia Rio, which in turn is based on the Hyundai i20.

The company claims that it will be the most customisable Kia when it goes on sale, and will boast a floating human-machine interface. That will enable a better access to car’s functions using a smartphone. The company’s official announcement states that the interior is made keeping in mind about tech and ergonomics, apart from maximising space for passengers.

On the outside, the evident hatchback-on-stilts appearance is complemented by a coupe-like roofline, aggressive front- and rear-end styling, and inclusion of roof racks. Engine options will be market-dependent, but like the Rio, it can be offered with the 1-litre turbocharged petrol and 1.4-litre diesel units.

Kia is still a good two years away from a launch in the Indian market, which gives them quite some time to carefully choose the right products for the market. Especially given that two of its expected rivals, the Duster and the Ecosport, are likely to be made available in their newest avatars by then.