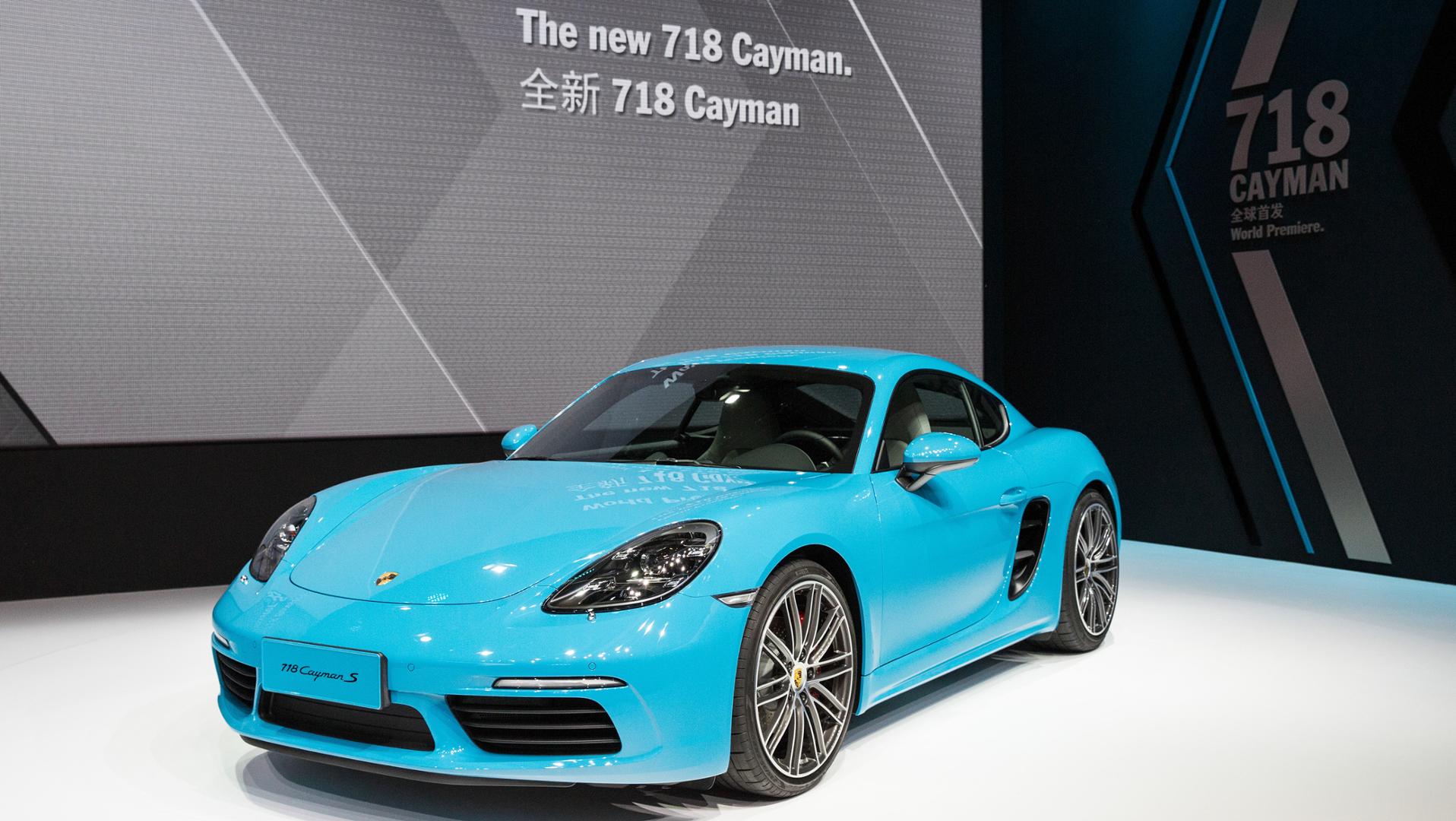 Two months back, Porsche had imported a 718 Boxster for homologation, and they have followed that up with a 718 Cayman now. Interestingly, both of them are the non ‘S’ versions with the smaller 2.0-litre turbocharged flat-four, therefore confirming that Porsche intends to the launch the 718 range with the base versions with the ‘S’ versions coming later.

Quick recap, the 718 range has replaced the previous generation Boxster and Cayman globally, with the ‘718’ model designation taken from a older Porsche race-car from the 1950s, which, unsurprisingly, had a flat-four engine. This entire re-branding of Porsche’s mid-engine sportscar range was necessitated because they were no longer powered by a naturally flat-six engine, but instead by a turbocharged flat-four.

You have really put the new 718 Cayman beside the old one to know which is which, because design-wise, it is not more than a mild facelift. The air-dam is redesigned with a small sliver of LED daytime driving lights, headlights with the four LED elements, similar to ones found on the new Panamera and a ‘Porsche’ badge in the rear, visible when the spoiler flips up. The 2.0-litre turbocharged engine in the base version makes 296 bhp, while the 2.5-litre engine in the ‘S’ makes 345 bhp. Both the versions are available with a six-speed manual and a seven-speed DSG, with the plethora of optional driving aids like Porsche Torque Vectoring, Porsche active suspension, Sport Chrono package and stability management.

With Ford pricing the Mustang so aggressively, Porsche might be aiming for a under Rs 1 crore pricetag for the 2.0-litre 718s.