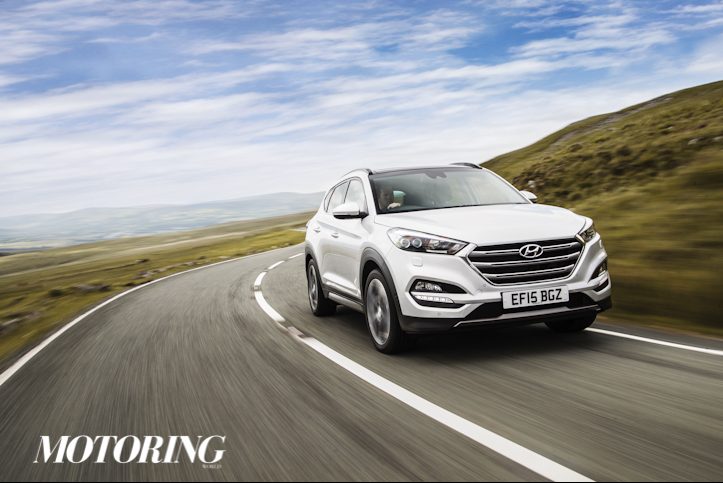 [Postponed; Hyundai Tucson will be launched on November 14]

It’s confirmed that the Hyundai Tucson will be launched in India on the 24th of this month. The crossover SUV, third of its kind from Hyundai, will bring back the Tucson nameplate. It will be positioned right in the middle of the very popular Hyundai Creta and the flagship Hyundai Santa Fe.

Replacing the ix35 in markets abroad, the new Tucson also adopts the next generation of the company’s Fluidic Sculpture, but without losing its identity — fittingly it looks more premium than the Creta.

A 2-litre diesel is expected to power the Tucson, while it won’t be surprising if the new 2-litre petrol (offered on the new Elantra) is included in the range as well. The five-star Euro-NCAP passed vehicle optional all-wheel drive in markets abroad (both US and UK) while gearbox choice include 6-speed manual and automatic units. There’s also a 7-speed dual-clutch one but that’s limited to the 1.6-litre turbocharged petrol engine, which is unlikely to make it to the Indian market.