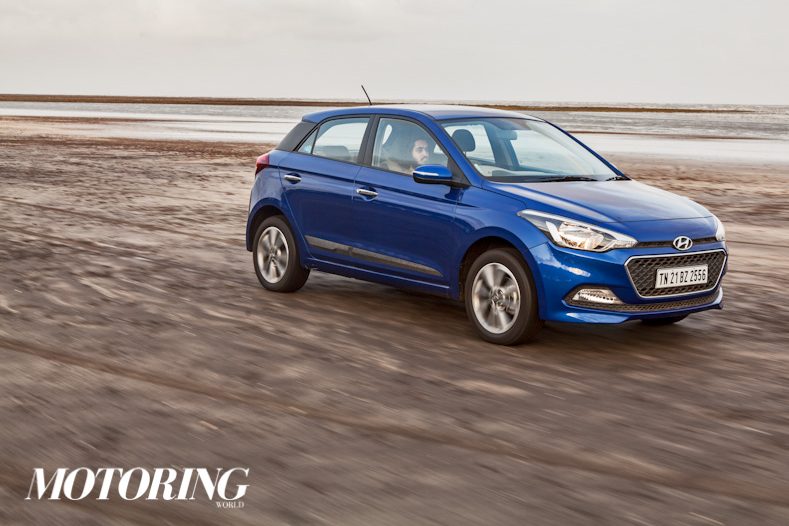 Hyundai, known to offer a multitude of features on its cars, has just announced an update to the safety features on top-spec i20 models. Additionally a petrol automatic version is also being introduced, with a larger engine and a 4-speed automatic gearbox.

Available on the earlier models, the petrol automatic version is powered by a 1.4-litre engine that makes 100PS and 132Nm. The automatic gearbox is a conventional 4-speed unit. It’s available only in the Magna trim, which means while you get airbags for both driver and passenger, there’s no ABS.

For the safety conscious:

With an increased effort to offer more safety kit on its cars, Hyundai has had driver and passenger airbags standard on the i20. Going forward, side and curtain airbags will now be a part of the standard equipment on the fully loaded versions of the Elite i20 (in Asta(O) trim) and Active i20 (in SX trim).

Other updates to the top variants include speed-sensing door locks and height-adjustable seat belts; the latter’s for the driver and the front passenger only.

The AT variant is priced at Rs 9.01 lakh. The six-airbag equipped Asta(O) trim costs Rs 7.75 lakh for the petrol-powered car and Rs 8.99 lakh for the diesel. The top-spec SX trim for the Active i20 costs Rs 8.33 lakh for petrol and Rs 9.71 lakh for diesel. All prices are ex-showroom Delhi.