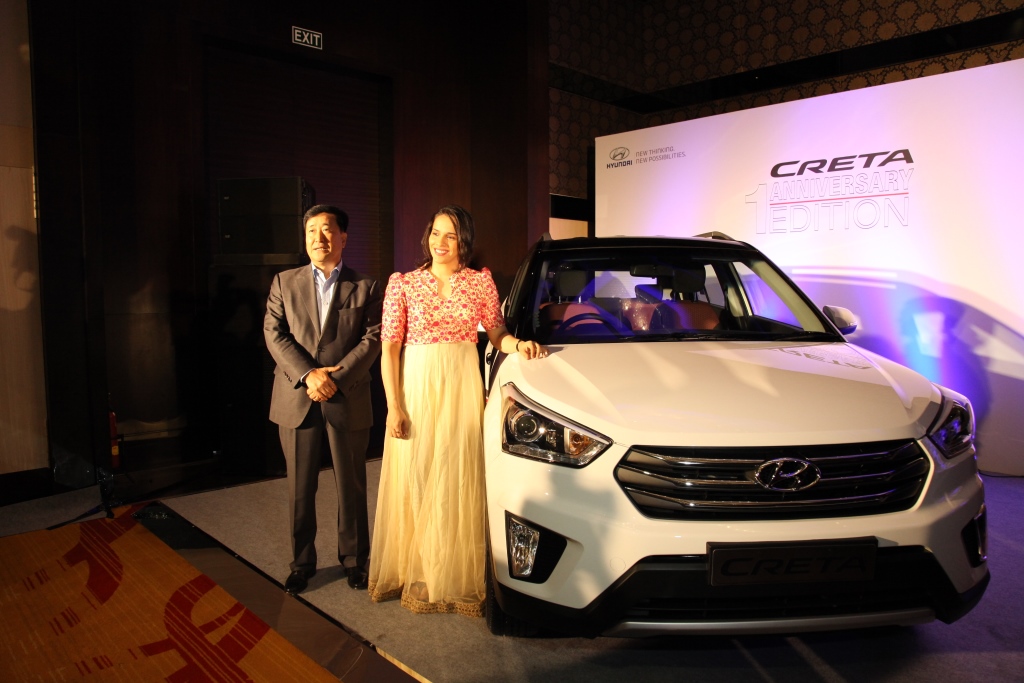 Hyundai has revealed a ‘1st year Anniversary Edition’ of the Hyundai Creta, marking a year since the crossover-SUV was launched. There engines and other mechanical bits are untouched on the anniversary edition. Instead, to make it stand apart, the special edition gets a blackened out roof and special anniversary decals on the side. Inside, the door sills remind the one that this is the special edition and seats are in dual tone.

Hyundai has not officially launched the Anniversary Edition yet, instead it gifted one to ace shuttler Saina Nehwal. Expect it to be available in the top-end SX(0) version at a premium over the standard car.