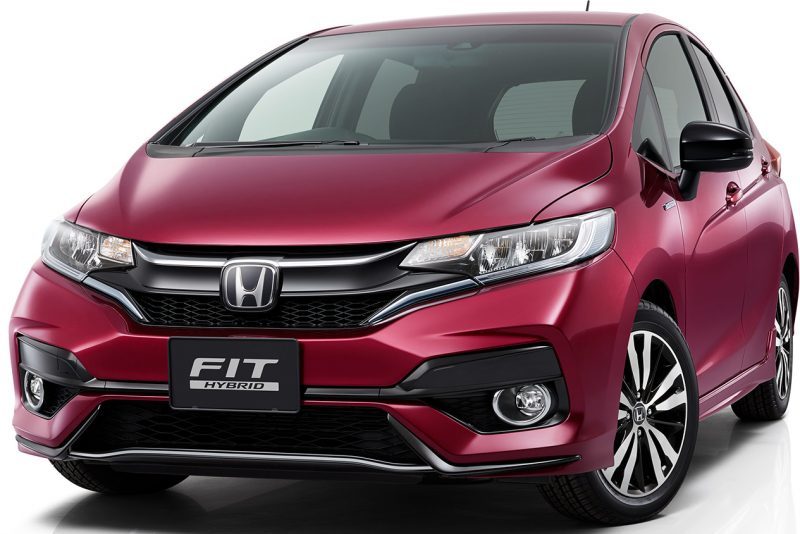 It appears that Honda has updated the Jazz with slightly refreshed exterior styling, new upholstery choices, among other feature additions to the JDM-spec car. Expected to go on sale in the domestic market soon, the car can eventually make it to India as well, considering Jazz is one of the better-selling cars Honda has in the Indian line-up. As can be seen in the frontal shot, Honda has thus moved the Jazz closer to the City facelift, in terms of styling.

According to a report by IAB, the car gets an updated front-end with a bold design for the bumper, a pair of new headlamps (as found on the City facelift) with a similar chrome strip running into the now more prominent grille. There’s a spoiler at the back, and similar design tweaks on the bumper and tail-lamps. The interior is also said to be updated with new upholstery, although the overall design is unchanged.

In the Indian market, the Jazz is offered with both petrol and diesel engine choices. And while there’s no powerful 1.5-litre unit to speak of (unlike in the JDM-spec), the diesel engined version is quite popular. The car manages about 2.5k units every month, and thus sits just below the Amaze and City in terms of sales.

The recently-launched, Jazz-based WR-V has managed to clock more than 3k despatches in the last two months. The facelifted Jazz, when launched in India, will only add to the momentum. We won’t mind a 1.5-litre i-VTEC engined version, either.