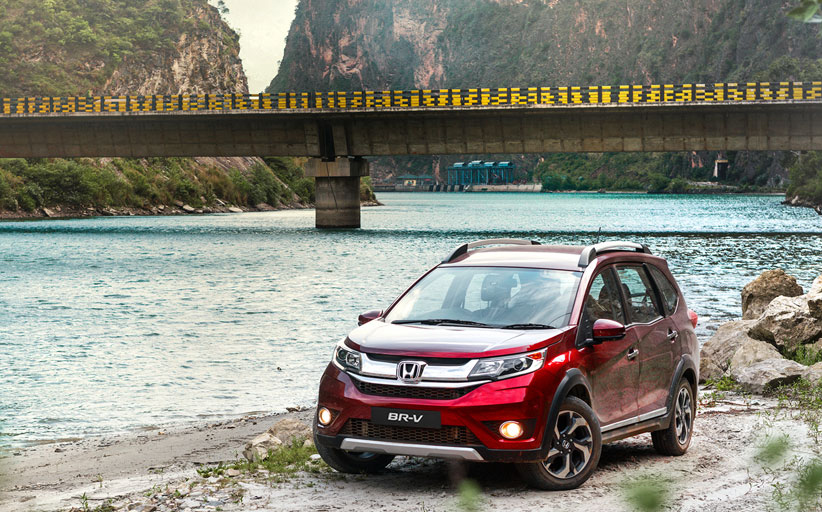 After a short drive in Japan and then showcasing it at the Auto Expo held earlier this year, Honda has released the final specifications of their compact SUV, the BR-V. The BR-V, unlike its competition in the segment is not a sub-4m SUV, with its length close to that of the Mobilio – at around 4.5m.

The BR-V will be made available in India with two engine options, the 1.5-litre i-VTEC petrol and 1.5-litre i-DTEC diesel. The power figures for the engines remain unchanged as those found on the Mobilio at 118 bhp for the petrol and 99 bhp for the diesel. Unlike the Mobilio’s five speed units, both the engines in the BR-V are now paired with a six-speed manual transmission although the torque ratings of the engines remain the same. There is a CVT in the range too, which is coupled with the petrol and as on the Honda City, it comes with paddle shifts.

Anyone who is familiar with the facelifted Amaze’s interior will feel right at home in the BR-V, since its essentially the same dashboard and instrument cluster design. Although unlike the Amaze’s black and beige combination, the BR-V will be getting an all black interior with leather wrapped steering, gear knob and armrests on the higher versions. The BR-V though gets a start/stop button, not available on the Amaze.

It isn’t a Honda if you cant rearrange the seats in a myriad ways, and the BR-V doesn’t disappoint. There are three rows of seats with a 60:40 split for the middle row and a 50:50 split for the third row. In addition, the middle seat can slide forward or stacked up against the front row for more space. The last row can also be completely folded up to liberate even more space – 691 litre, against the 231 litre bootspace with all three rows kept in place.

The underpinnings of the BR-V is shared by the Mobilio, and other than small adjustments to castor angle up front, the mechanical elements remain the same. Importantly, the BR-V will be available with dual front airbags, ABS and seat belt pretentioners are standard on all the variants.